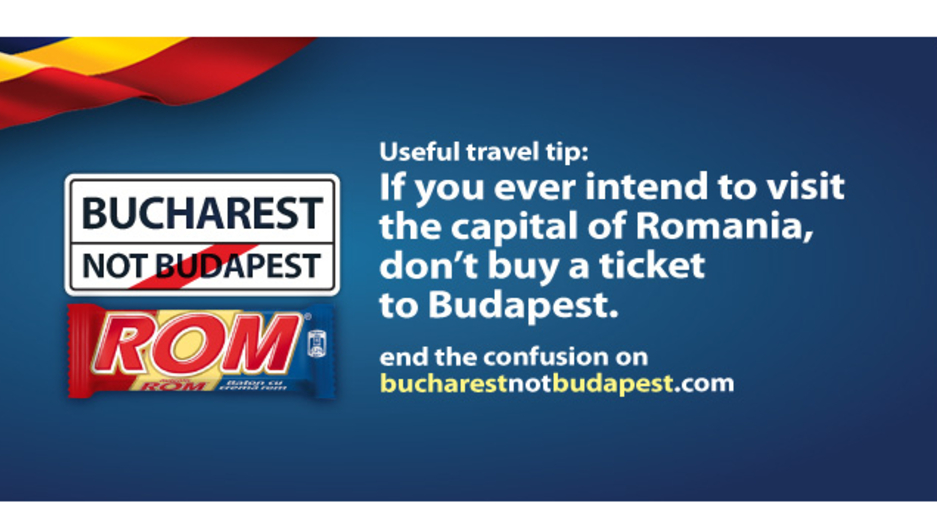 Share
Think fast, what's the capital of Romania? In an extremely informal survey at the Dunkin Donut's across the street from our newsroom we put the question to Herman Cadena as he stood in line for his coffee. "Belgrade?" he said. Cadena isn't alone. Many people confuse their Eastern European capitals. The most frequent mix-up is between the capital of Hungary, Budapest, and the capital of Romania, Bucharest. There is a long list of outsiders who have confused the two including Michael Jackson, the lead singers of Iron Maiden and Metallica, even Lenny Kravitz didn't know. Last year a group of 400 soccer fans from Spain chartered a flight to the 2012 Europa League Final in Budapest except the actual final was in Bucharest. "This is a very old problem for Romania this confusion, you know, it's taken place for a very long time," says Romanian copywriter Sebastian Olar. Olar's client the Romanian candy company ROM was sick of the confusion. The company made it its mission to end the confusion and market its chocolate, which has the name of Romania's capital stamped into each bar. The confusion is by no means one-sided. Budapest resident Ben Fischer remembers watching the television one day when big news broke about a Hungarian political scandal. "There were foreign news agencies reporting on it and quite a few of them in Budapest said, 'I'm here live in Bucharest,'" said Fisher. However says Fischer, the annoyance that Hungarians and Romanians feel about the confusion might stem from even deeper historical issues going back to WWI. "Transylvania was taken away from Hungary and given to Romania, and 100 years later people in Hungary have not giving that back," said Fischer. While the borders between the countries have fluxuated, Budapest and Bucharest haven't changed hands; Hungarian and Romanian, the languages spoken in these cities, come from completely different family trees. So locals know the difference but the rest of us, well…it seems that ROM chocolate has got their work cut out for them.