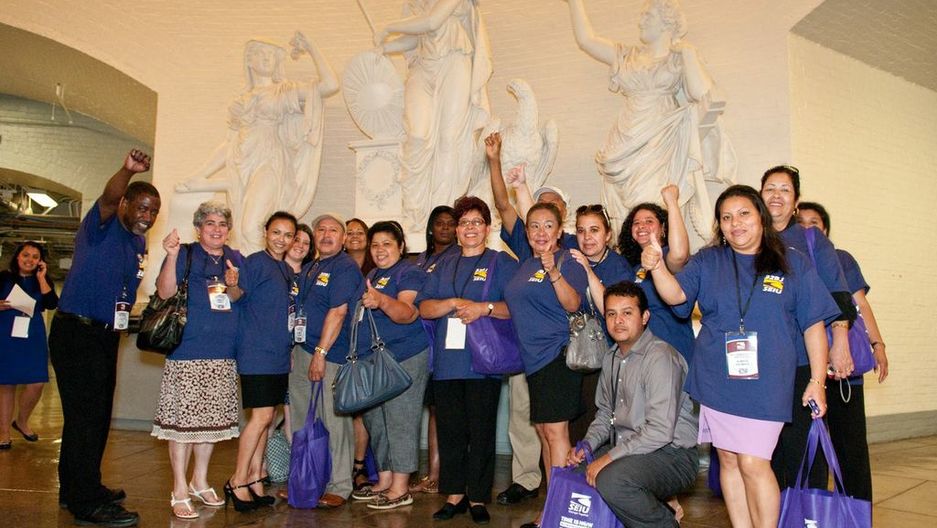 Share
A range of groups – from farmers to unions to Silicon Valley's biggest players – are mounting pressure on Washington to pass an immigration reform package. They have power. They have a voice. But it's hard for undocumented immigrants to come forward and share their stories. Still, they do. Many undocumented immigrants have taken to the streets to rally for reform. And some immigrants are heading to Washington to demand reform directly, sharing personal stories with members of Congress, stories about living in the shadows I met with one of these new lobbyists, Hector, who asked me not to use his full name. Hector said has a Green Card, but he came here without papers from Mexico City 15 years ago. After a brief stop in Colorado, he arrived at Pittsburgh's downtown Greyhound station. "March 14, yup, it was still snowing, it was my first time seeing snow. I just tried to survive. There was a really nice guy in the Greyhound (station), he saw me for the third day in the Greyhound, and I was sleeping on the benches. He made a little room, his room where they put the mop bucket and stuff." He spent three months sleeping in the janitor's closet. "I hope he did not get in trouble for that." From those humble beginnings in the US, Hector gained the confidence to become one of more than 100 members of the Service Employees International Union, or SEIU, to recently visit Capitol Hill and meet with members of Congress. When we met in Pittsburgh, Hector recounted his life as an undocumented immigrant, trying to make it on his own. When he arrived in Pittsburgh, there weren't many Spanish speakers at the time, and he spoke no English. Eventually, a guy who ran a Chinese restaurant noticed him at the bus station. "He told me, 'Hey Amigo, trabajo? Amigo trabajo?' (Do you work, friend?) And I say yes. That's when I got my first job." Since then, Hector has worked steadily. "I've been doing pretty much everything, washing dishes, farming, I used to take care of 58 horses by myself. But that was a really good job. I've been doing cooking for 10 years, And some of the restaurants, you start working 10 o'clock in the morning, you finish at 11 p.m. for $5, $6 an hour." After four years in Pittsburgh, Hector says he got a Green Card, then brought his wife and two young daughters up from Mexico. But even though Hector says he now has a Green Card, he was visibly nervous speaking with me. Members of his family are here illegally, and he was worried about exposing them. This fear is not unwarranted. Last year, 409,849 immigrants were deported from the US, many were convicted criminals who've lived in the US for years. Still, deportations have increased significantly under the Obama Administration. So while undocumented immigrants, or relatives of the undocumented, may want to come out of the shadows, for most, remaining in the shadows may feel like the safest decision. Hector described what that life is like. "In the shadows means it's hard for us to go to the police and say I just got robbed, you know? Or somebody jumped you in the streets, take all your money, and we have to stay quiet because we can't go to the police and ask for help." Hector seemed uncomfortable complaining about this. He was quick to also show his gratitude for his adopted country. "I mean, I made it, you know, my two daughters and my wife are here. They've got a good life. My daughter, she just graduated from the school, so I'm happy. I don't have much money, but it's OK. My American dream became came true, you know, especially for my two daughters." One of his daughters is now in high school and the other just graduated. They're both so-called DREAMers, immigrants brought to this country as children who are hoping to gain legal status here. He's hoping his girls can find better work than he has. Today, he's a union janitor in a downtown high-rise. "Well, I mean there's nothing wrong with the job I do, or some other Mexicans do, but if you don't have papers, if you don't have the right help, (it's hard) because we don't know much about the law. I would like to see my daughter not working in a hotel or in a restaurant, I mean there's nothing wrong, you know it's a job. But I want to get something better for her, that's why I moved her many, many miles away from home." Many immigration reform advocates are hoping more voices like this will emerge and help sway members of the House to support a path to residency for undocumented immigrants. But personal stories won't persuade everybody. Many undocumented immigrants may have worked hard and played by the rules once they got here, but they still broke the rules when they entered. And persuading some members of Congress to look past that remains the biggest challenge.