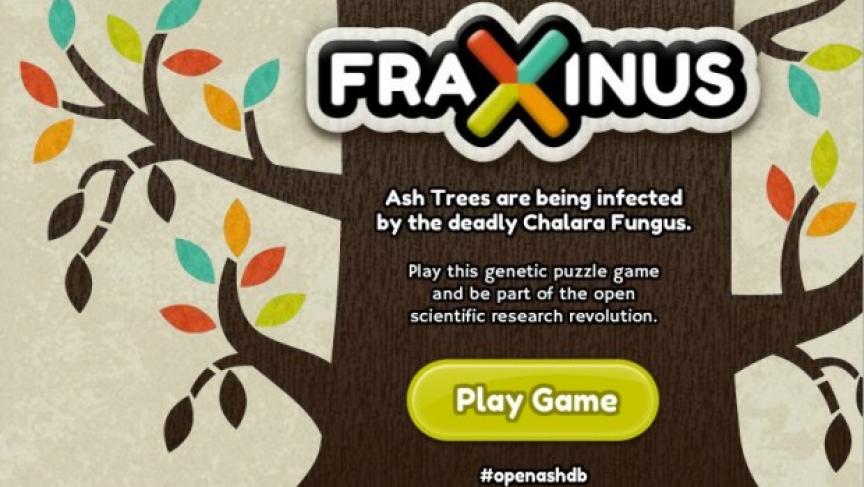 Instead of asking about a place in the world for our Geo Quiz…. we're looking for the name of a new Facebook game.

Scientists and game developers in Britain came up with the new app. Its name comes from a scientific term. It's the scientific, Latin name of a fungus.

Chalara fraxinea was first discovered in Poland where it wiped out the country's ash trees. It spread across Europe and Scandinavia. Most of Britain's ash trees now have the fungus. And Irish trees are getting it too.

Scientists are urgently looking for solutions to save Europe's ash trees. Someone came up with the idea of using crowd sourcing to help see patterns in complex sets of ash tree genetic data.

So what would you name a Facebook game designed to fight a fungus that's killing ash trees?

OK, got a few extra minutes on your hands ?

How about helping to solve one of Europe's most vexing environmental challenges by using a new Facebook app?

It's called Fraxinus… And that's the answer to our Geo Quiz.