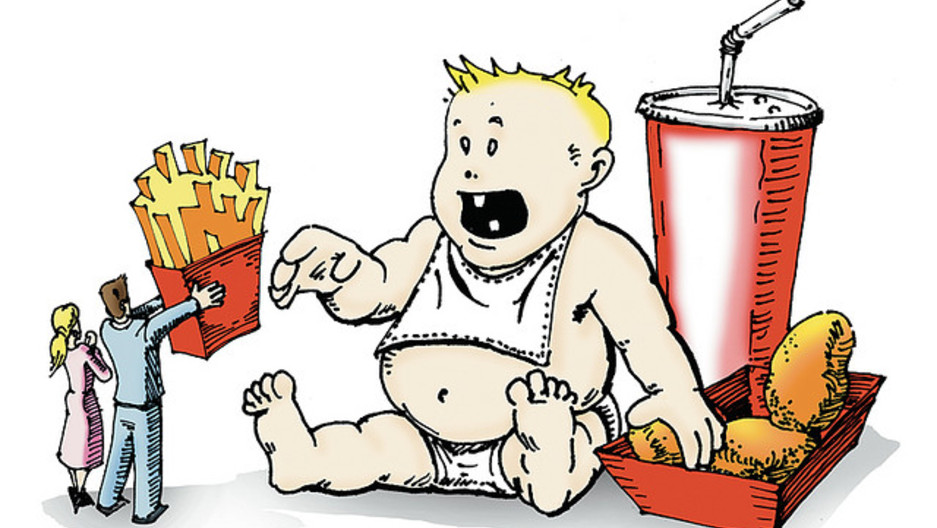 Conventional wisdom says over-eating and lack of exercise are behind the obesity epidemic in America and much of the world. But that’s not the whole story, according to research from the University of California, Irvine that implicates certain chemicals — called "obesogens."

"An obesogen, according to us, is a chemical that somehow causes the body to store more fat," said Bruce Blumberg, professor of Developmental Biology at UC Irvine. "And it can do that by making more fat cells, by putting more fat into those cells, or can do that indirectly by changing how the metabolism works or by making you hungrier, or by making you less able to sense that you’ve had enough to eat."

Though scientists have long known about obesogens, Blumberg's team was the first to discover that initial exposures to obesogens can echo through at least three generations.

The study conflicts with the popular opinion in the obesity community, where diet and exercise are viewed as the primary tools in the fight. Fitness has been the pet issue of leaders from First Lady Michelle Obama to New York Mayor Michael Bloomberg.

But as Blumberg wrote in the study:

"Diet and lack of exercise continue to be offered as the root cause; however, this cannot explain the results of a recent study, which showed that eight species of animals, including pets, laboratory animals, and feral rats living in proximity to humans, have become obese in parallel with the human obesity epidemic."

The researchers gave pregnant mice low doses of tributyltin, a pesticide known to increase obesity in mice. Blumberg and his team tracked the effects of tributyltin through three generations and found that the obesity persisted.

The effects on fat differed in different parts of the body, though some fat deposits were twice as big.

"Overall, the animals were probably about 15 percent fatter," he said.

And because mice and humans share the same fat receptor, the study is "100 percent" applicable to people, according to Blumberg.

The study found that tributylin can make animals and humans fat at any stage of life, though the team is most interested in preventing prenatal exposure to obesogens. Young people can become predisposed to obesity, which can be hard to shake if not prevented early on.

"Imagine you’re a person who has worked very hard; you’ve dieted hard; you’ve exercised hard; you’ve lost 150 pounds," Blumberg said. "You look and feel better than you ever have in your life. Why is it a 90 percent probability that you gain that weight back?"

"Your body is programmed to behave in a certain way, by your early life experiences, and that it’s very difficult to fight that," he said.

Those wishing to cut obesogens from their diet may find it difficult. Obesogens can be found in almost all food and cosmetic environments, from food packaging to some lotions. However, precautions like filtering water and purchasing organic food are said to be helpful in preventing contact.