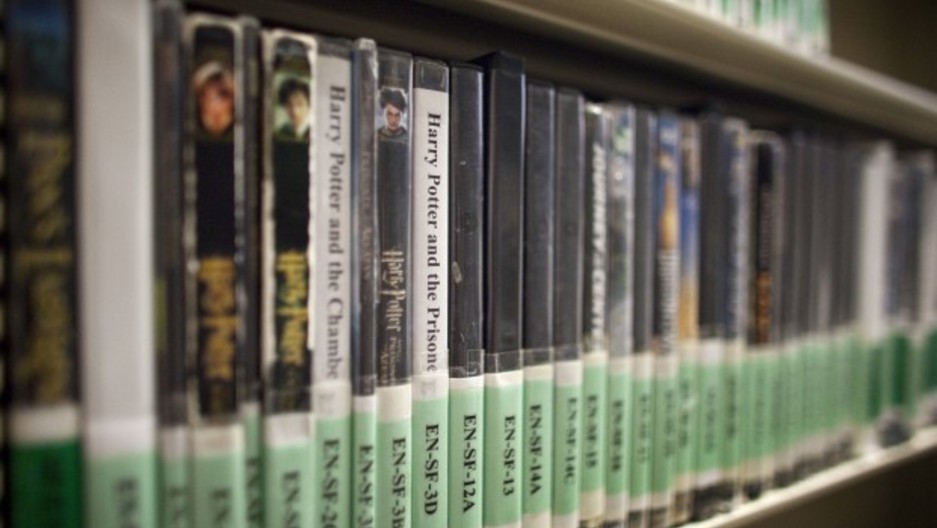 Harry Potter movies are among the titles available at the detainee library located inside Camp Delta at the U.S. Naval Base at Guantanamo Bay, March 7, 2013. The facility is operated by the Joint Task Force Guantanamo and holds prisoners who have been captured in the war in Afghanistan and elsewhere since the September 11, 2001 attacks. Picture taken March 7, 2013. REUTERS/Bob Strong (CUBA - Tags: POLITICS MILITARY CRIME LAW) - RTR3EU1T

Share
Most of the detainees at Guantanamo Bay, Cuba, are considered Islamic extremists by the US government. The prison was designed to hold the "worst of the worst." So there aren't a lot of amenities. But there is a library. Much has been made of the reading materials there from Captain America comics to The Girl With the Dragon Tattoo. When it came out that John Grisham novels were banned from the library, the news prompted Grisham to find out about the detainee who wanted to read his books. He wrote about that man, Nabil Hadjarab, in the New York Times over the weekend. Host Marco Werman talks with Clive Stafford Smith, the director of the prisoner advocacy group, Reprieve. He's also one of Hadjarab's lawyers.