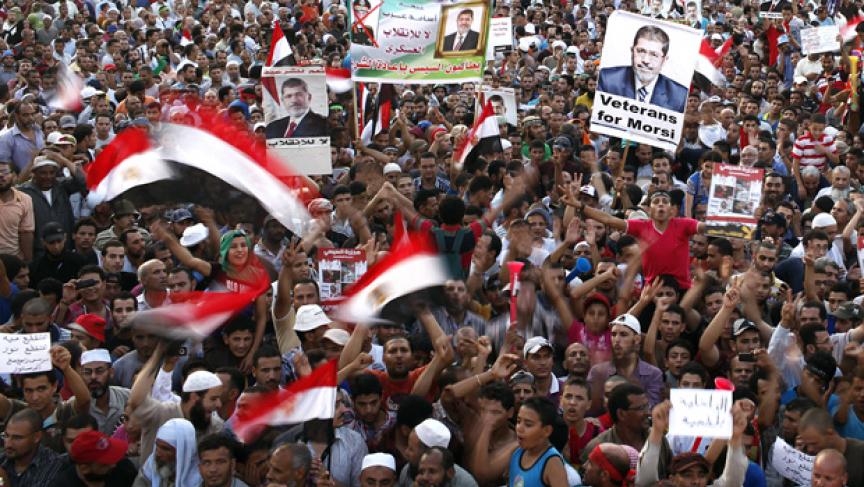 Members of the Muslim Brotherhood and supporters of deposed Egyptian President Mohamed Mursi chant slogans at Rabaa Adawiya Square, where they are camping in the Nasr city area, east of Cairo August 11, 2013. Leaders of Mursi's Muslim Brotherhood mounted a stage at the site on Sunday to demand that he brought back to power. Egyptian police are expected to start taking action early on Monday against supporters of Mursi who are gathered in protest camps in Cairo, security and government sources said on Sunday, a move which could trigger more bloodshed. REUTERS/Asmaa Waguih (EGYPT - Tags: POLITICS CIVIL UNREST TPX IMAGES OF THE DAY) - RTX12HN3

Share
The Egyptian authorities have postponed their plans to disperse two sit-ins in Cairo by supporters of the country's ousted president Mohammed Morsi, officials say. A security official in the capital told the BBC, the authorities had hoped the announcement would encourage protesters to leave. But this has not happened and the number of people at the sites is increasing. A judge has extended ousted President Morsi's detention by 15 days. Anchor Marco Werman speaks with Mohammed Soudans of Morsi's Freedom and Justice Party.