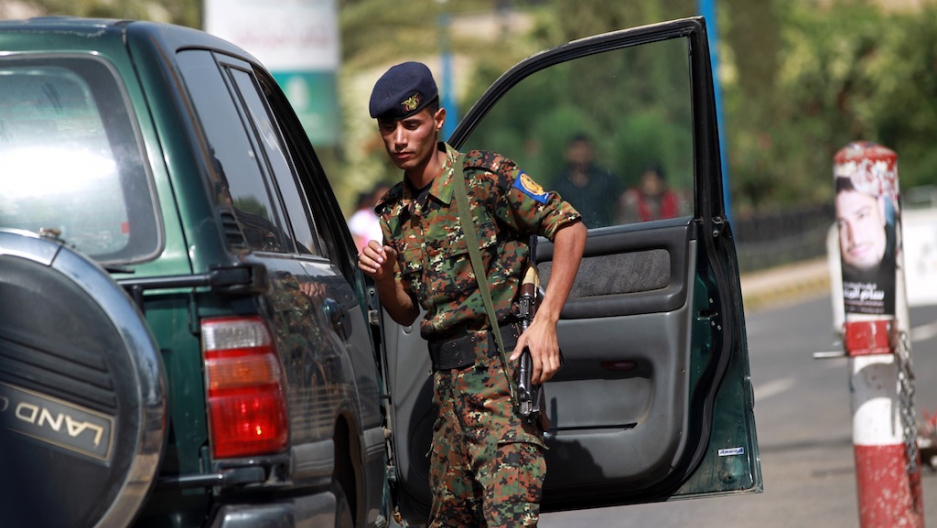 A police trooper inspects a vehicle at the entrance of the Sanaa International Airport on August 7, 2013.
Credit: Mohammed Huwais
Share

Al Qaeda's Yemen faction is working to free jailed militants as soon as possible, according to a statement posted online by Nasser al-Wuhayshi, a co-founder of the Yemen-based Al Qaeda in the Arabian Peninsula (AQAP).

In Iraq, 500 militants were freed during the prison, many of which were linked with Al Qaeda. The assailants behind the prison break in Libya were not immediately identified.

"The imprisonment will not last and the chains will be broken," said Wuhayshi, in the statement seen on Monday on a website used by Islamists.

"Your brothers are about to bring down the walls and thrones of evil... and victory is within reach."

The authenticity of the online statement could not be verified.

Communications between the AQAP leader and global Al Qaeda leader Ayman al-Zawahri saw 19 United States embassies closed last week across the Middle East and Africa. Most will reopen this week, the US said Friday, though the mission in Yemen is to remain closed indefinitely.

Both the United States and Britain evacuated all non-emergency diplomatic staff from Yemen, where it was believed the attacks would originate.

American drone strikes have increased in Yemen in the past two weeks, killing dozens of alleged militants.

On Sunday, suspected Al Qaeda militants killed five soldiers in Yemen in what may be retaliation for the strikes.