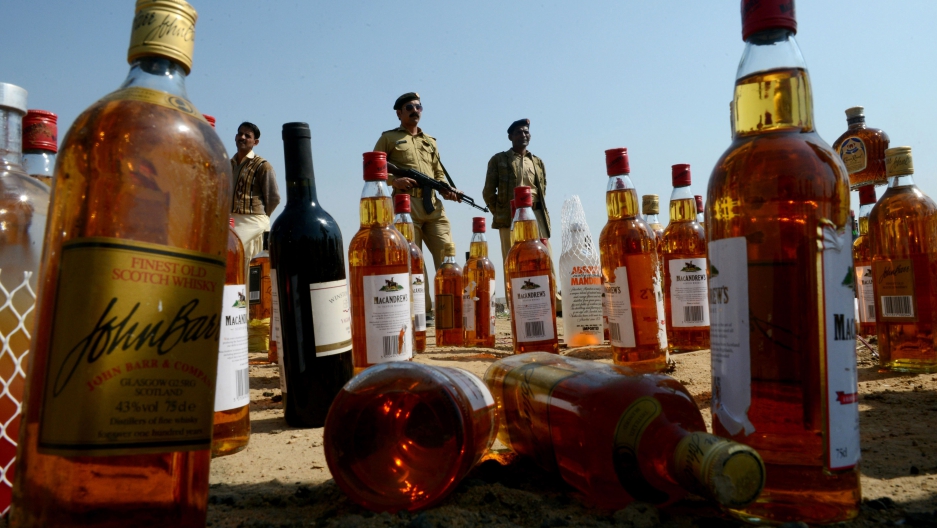 Pakistani customs officials are pictured behind bottles of alcohol before their destruction on the outskirts of Karachi on Jan. 26, 2013.
Credit: ASIF HASSAN
Share

At least nine people have died and others have fallen ill after drinking toxic liquor in southern Pakistan.

More from GlobalPost: Toxic liquor kills more than 100 in India

Nine of those people have died, and five remained hospitalized.

At least two people have been arrested on suspicion of selling the toxic liquor.

They are looking for those responsible for distilling it, according to the AP.

Liquor poisoning is common in Pakistan, where the Muslim majority is forbidden to consume or sell alcohol. In late July, 18 people died and dozens more fell ill after drinking contaminated alcohol at two parties in the central city of Faisalabad.