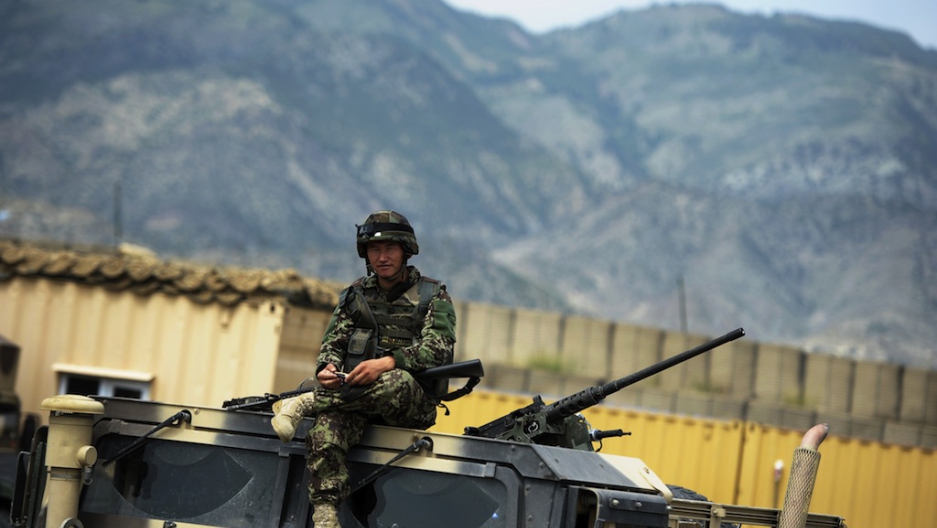 A soldier of the 2nd Kandak 1st brigade 203 corp of the Afghan National Army (ANA) sits on top of a military vehicle at their base in Narizah in the Khost Province on Aug. 14, 2012.
Credit: Jose Cabezas
Share

The soldiers, part of the NATO-led International Security Assistance Force (ISAF), where killed in Paktia province, where Afghan soldiers have taken on increasingly more responsibility for security and the fight against insurgents.

Pakita province borders Pakistan, and at various times during the Afghanistan war has seen high levels of fighting. Now it's said that US soldiers rarely take part in combat operations, instead training their Afghan colleagues.

About 100,000 international soldiers remain in Afghanistan, including 68,000 US soldiers, a number expected to decline as the NATO-led combat mission officially comes to an end on Dec. 31, 2014.