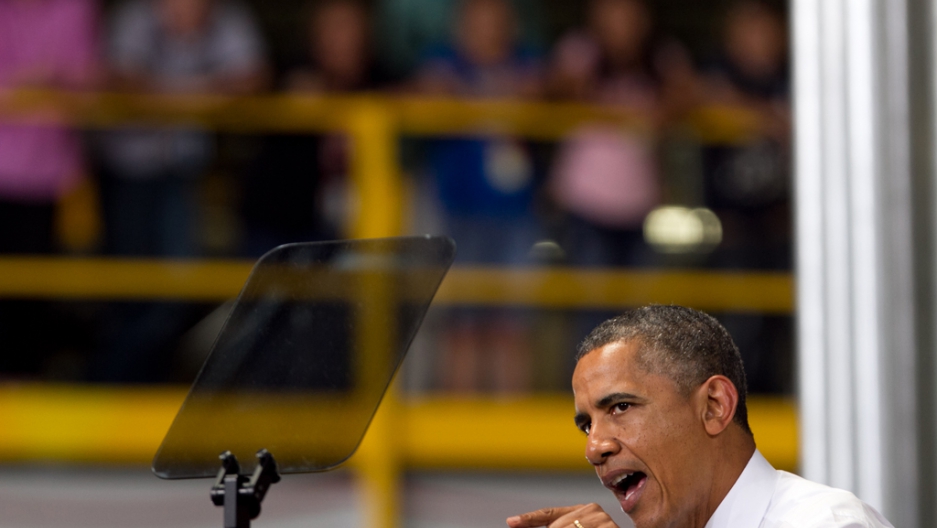 President Barack Obama makes a speech about the economy and jobs on July 30, 2013 in Chattanooga, Tennessee.
Credit: Jessica McGowan
Share

In his first full press conference in four months, US President Barack Obama announced steps he plans to take to increase the oversight and transparency of US surveillance programs.

While such programs jumped to the top of the news following the leaking of classfied information about the National Security Agency's data collection activities by Edward Snowden this spring, Obama noted that he called for a federal review of surveillance programs before the leaks.

"Given the history of abuse by governments, it’s right to ask questions about surveillance by governments, particularly as technology is reshaping every aspects of our lives," Obama said at a news conference Friday. “What makes us different from other countries is not simply our ability to secure our nation, it’s the way we do it, with open debate and democratic process.”

Obama said he would work with Congress to "pursue appropriate reforms" to section 215 of the Patriot Act and improve oversight provided by the Foreign Intelligence Surveillance Court.

Section 215 of the Patriot Act vastly expands the power of the FBI to investigate US citizens who are believed to be involved in terrorism. Civil liberties groups believe that it violates the fourth amendment to the Constitution and possibly the first amendment.

Obama said he's ordered intelligence agencies to share more information about their work with the public. He said he's directed the Justice Department to explain the legal rationale for the government’s collection activities under section 215; asked the NSA to put in place a fulltime civil liberties and privacy officer; and instructed the intelligence community to create a website that will serve as hub for information about its activities.

Obama also promised to assemble a high-level group of outside experts to produce a report by the end of the year on how intelligence technologies impact security, privacy and foreign policy.

Critics were quick to react to Obama's proposals. A New York Times editorial said that they only "tinker around the edges of the nation’s abusive surveillance programs." Poltico, in an editorial, was also not impressed.

Other critics, such as the Center for Democracy & Technology, warned that Congress needs to act to end the bulk collection of phone records, which affect both global human rights and an open internet.

While Obama characterized both intelligence officers and advocates for privacy as patriots, he said Snowden did not deserve that title. "No, I don't think Mr. Snowden was a patriot," Obama said. "There were other avenues available for somebody whose conscience was stirred and thought that they needed to question government actions.”

Snowden's leaks have created the impression that “somehow we’re out there willy-nilly sucking in information on everybody and doing what we please with it," Obama said. "That's not the case."

"My preference, and I think the American people’s preference, would have been for a lawful, orderly examination of these laws, a thoughtful fact-based debate that would then lead us to a better place," Obama added.

Politico reported that it was part of a larger effort by the Obama administration to open up the debate about privacy in the digital age in light of Snowden's revelations and new controversy surrounding the Patriot Act.

Obama said Snowden is not the only reason that he is not attending the summit meeting. "It had to do with the fact that, frankly, on a whole range of issues where we think we can make some progress, Russia has not moved," he said.

But he said the US is still willing to work with Russia if it is "looking forward" and able to “make sure that some of our joint concerns around counterterrorism are managed effectively.”