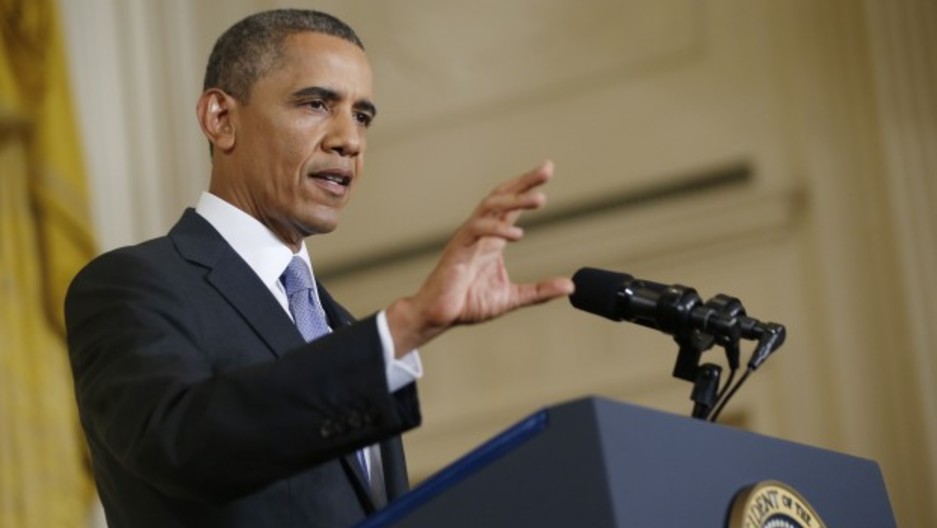 Share
President Obama tried to calm Americans' fears about surveillance on Friday. The President used a pre-vacation press conference to talk about the NSA programs revealed by leaker Edward Snowden. Obama told reporters that government surveillance programs are still needed to protect Americans. But he also unveiled new measures to make the programs more transparent. "Given the history of abuse by governments, it's right to ask questions about surveillance, particularly as technology is reshaping every aspect of our lives," he told reporters. "It's not enough for me as president to have confidence in these programs," Obama added. "The American people need to have confidence as well." Obama proposed "safeguards against abuse," including amending legislation on the collection of telephone data and he urged allowing a lawyer to challenge decisions by the nation's secretive surveillance court. The World's Aaron Schachter speaks with David Brown, an Army veteran who also investigates NSA surveillance issues for The Atlantic.