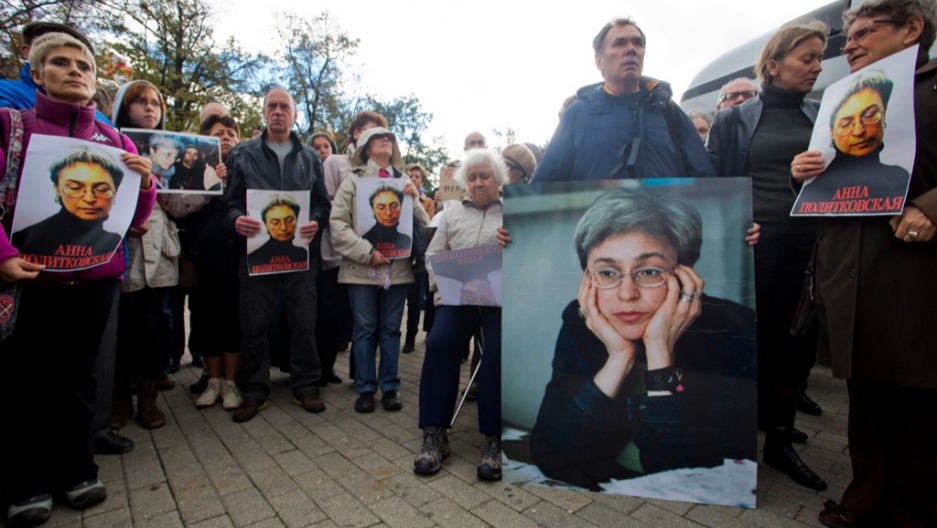 GENEVA — It is almost 50 years since the world’s most famous and celebrated human rights defender, Nelson Mandela, spent the first of 27 years in prison in retaliation for his work upholding human rights and fundamental freedoms in South Africa.

Mandela has been an inspiration for generations of human rights defenders. Whether working as journalists, lawyers, whistleblowers or activists, they seek to protect basic freedoms, to expose and ensure accountability for violations, and to obtain redress and justice for victims.

A consequence of this work is that human rights defenders are often subjected to attacks, intimidation and reprisals, perpetrated by powerful actors — including governments and corporations — with an interest in covering up violations, maintaining the status quo, or resisting change.

Regrettably, attacks against human rights defenders have continued unabated around the world since Mandela’s imprisonment in 1964, including in many places where Mandela is celebrated.

In Cameroon, early last July, journalist and LGBT rights activist Eric Ohena Lembembe was found brutally tortured and murdered in his home. Just weeks before, he had spoken out against threats and attacks against LGBT human rights defenders.

Days later, Indonesia’s parliament passed a law severely restricting the right of non-governmental organizations (NGOs) and human rights defenders to free association and expression. The law also restricts the ability of NGOs to access international funds. These are signs of regress in a state purportedly committed to democracy.

And just days ago, Russian authorities raided the offices of Memorial, one of the country’s leading human rights organizations. The raid occurred the day after Memorial filed a complaint alleging serious workers’ rights violations by a major Russian company. Human Rights Watch stated, “The timing of this surprise inspection makes it difficult to draw any conclusion other than it is sheer retribution.”

The Russian raid, like many others, reflects a disturbing global increase in attacks, intimidation and reprisals against human rights defenders who work on issues of corporate accountability.

This September, the UN Human Rights Council will have an opportunity to consider these worrisome developments. A group of members states — led by Hungary — has indicated it will press the council, as the world’s most influential human rights body, to take action to combat intimidation.

The council should take four key steps in this regard.

First, the council should urge governments to review and amend legislation — such as that enacted in Indonesia — that restricts or interferes with the important and legitimate work of human rights defenders and NGOs.

Second, the council should urge member states to consider adopting laws and policies to protect human rights defenders from reprisals and ensure accountability for violations. Such laws would protect activists like Eric Ohena Lembembe. A good model is a recent bill proposed in Australia that would make it a criminal offense to retaliate against a person for complaining about their conditions of detention.

Third, the council should call on the UN Secretary-General to appoint a high-level representative with authority to respond to allegations of intimidation and reprisal against those who cooperate with the UN.

In 2011, Philip Aston, former UN Special Rapporteur on Extrajudicial Executions, spoke of having to “confront the reality that people who had the courage to provide me with information subsequently suffered reprisals carried out or orchestrated by officials of the governments concerned.” He testified that, “in several cases, individuals with whom I met paid the ultimate price — they were targeted and killed, almost certainly by the security forces and almost certainly, at least in part, because they had provided me with evidence of serious wrongdoing by those forces.”

Finally, the Human Rights Council should support the development of a model national law on the protection of human rights defenders. A model law could provide valuable technical assistance to member states in developing legislation to implement their obligations under international law.

In a recent speech, Navi Pillay, the UN’s human rights chief, described rights defenders as “the heroes of our time — the promoters of change who ring the alarm about abuse, poor legislation and creeping authoritarianism.”

They are the Mandelas, the Memorials and the Lembembes.

Phil Lynch is director of the International Service for Human Rights. He is on Twitter @PhilALynch.