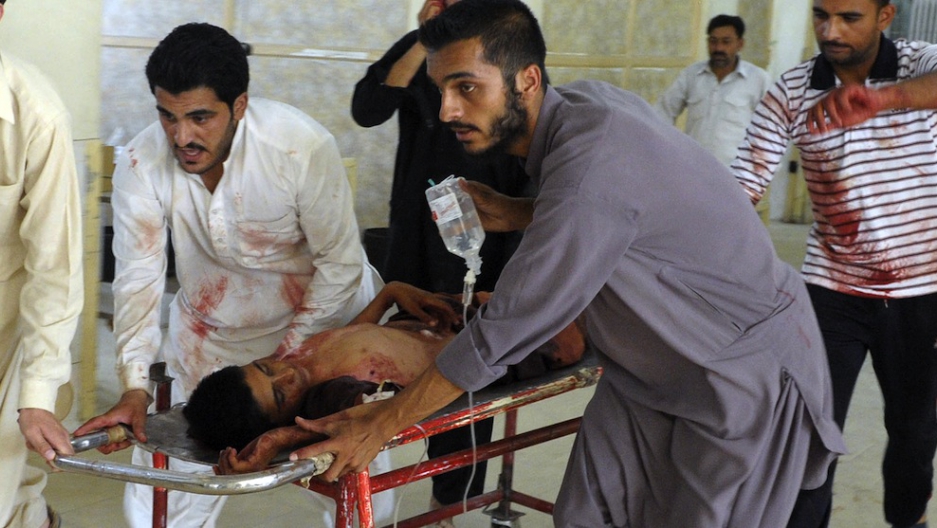 As many as 38 people are dead after a Taliban suicide bomber hit a policeman's funeral in Quetta, Pakistan, on Thursday.

More than 60 others were injured in the explosion at the funeral, which was being held for a policeman who was gunned down earlier that same day.

Among the dead was the head of police operations in Baluchistan province, Fayaz Sumbal. Sumbal reportedly spotted the bomber and asked other officers to search him.

The bomber detonated his explosives while being questioned, just as senior policemen lined up outside the mosque to pray for their colleague before the funeral began.

A member of the bomb squad said the bomber was wearing a jacked filled with ball bearings and shrapnel. The bomb itself reportedly contained eight to 10kg of explosive material.

The Pakistani Taliban has claimed responsibility for the attack. "We did it and soon you see another big attack in the next coming days," a spokesman for the Tehreek-e-Taliban told Agence France-Presse.

Pakistan has seen several attacks since the government of Prime Minister Nawaz Sharif took power after a May election. Thursday's explosion, as well as a recent bombing at a military intelligence headquarters in Sukkur and a jailbreak that freed 250 of the country's prisoners, have marred the country's security in recent months.