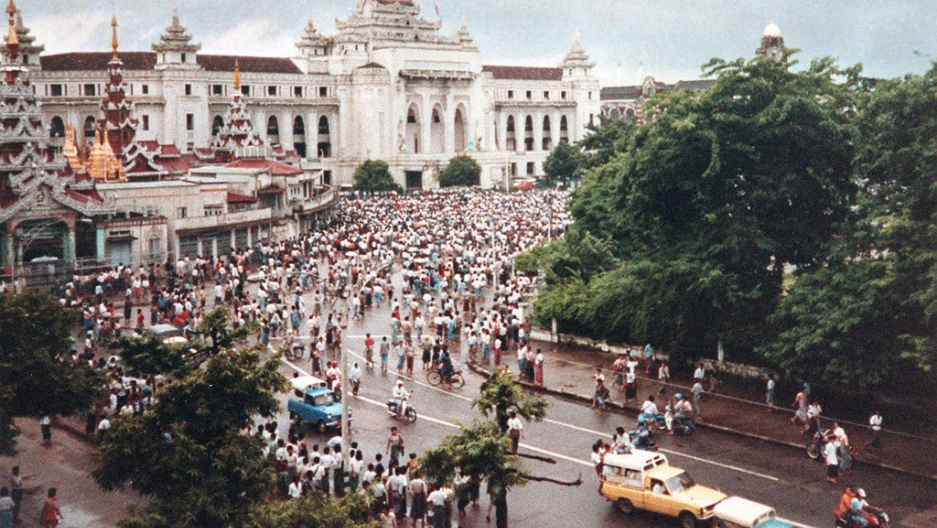 Activists in Myanmar Thursday commemorated one of the bloodiest crackdowns in the country's recent history, which began on Aug. 8, 1988 and ended a month later, leaving more than 3,000 dead.

Hundreds of thousands of students, monks and activists took to the streets in '88, demanding democracy in a country that was still ruled by a military junta and known as Burma.

"The streets resounded with the chant (in Burmese) 'We want full democracy; that's what we want,'" said BBC's cultural attache Tom White, who was stationed in Yangon — then known as Rangoon — at the time.

Aung San Suu Kyi, who has since become a global icon and a Nobel laureate, took the first steps toward becoming the face of the democracy movement on Aug. 26, 1988, when she made a speech at Shwedagon Pagoda.

The military crackdown that followed in September 1988 saw many activists become political prisoners, while others were killed by soldiers' bullets.

"I think that we can now walk on the path to democracy because of the 1988 revolution. The transition is the consequence of that uprising," said Tun Tun Oo on Thursday, as hundreds watched activists in Yangon mark the protests' anniversary.

GlobalPost has been following the impact of recent reforms in Myanmar, including the release of political prisoners, limited elections and reduced censorship.

More from GlobalPost: Myanmar emerges: The People vs. The Power