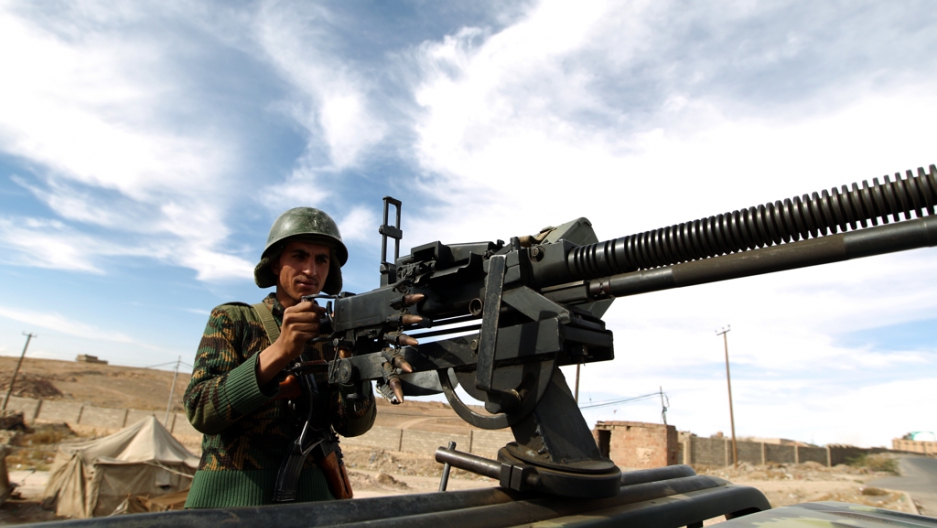 A Yemeni soldier mans a checkpoint at the entrance to the capital Sanaa, on December 24, 2012, following the kidnapping of three foreigners by gunmen suspected of links to Al Qaeda.
Credit: MOHAMMED HUWAIS
Share

But his assertion that militants were planning to seize an oil export terminal in Hadramout, and to overrun the provincial capital of Mukalla, prompted even Badi’s government colleagues to publicly dismiss the aide’s statements.

“Badi was misinformed,” one senior government official said, speaking on the condition of anonymity. The official said Badi revived an “old threat” from AQAP militants to seize or damage the country’s oil installations. The Mukalla chief of police sent out a citywide text message alert to assure citizens the report was untrue.

More from GlobalPost: 'The United States sees Yemen through the prism of Al Qaeda'

But even as a series of US drone strikes are reported to be aiming for “suspected militants” across the country this week — including two on Thursday alone — it is anti-government Yemeni tribesmen who have traditionally sabotaged the country’s oil and gas facilities.

With virtually no government presence in the country’s rural areas, it's likely both Yemeni authorities and American drone pilots would have trouble differentiating between disaffected tribesmen and genuine Al Qaeda militants. Often incorrectly characterized as “lawless,” rural areas of Yemen could better be described as semi-autonomous tribal territories, governed by centuries-old tribal law and culture.

But Marib tribesmen also maintain heavy weaponry easily capable of shooting down aircraft. And since 2010, when a US drone strike accidentally killed the Marib deputy governor, Jaber Al Shabwani, his family and other tribesmen have also carried out a series of assaults on energy infrastructure like pipelines and petrol stations.

“Marib’s sovereignty has been breached,” Jaber’s brother, Ibrahim al-Shabwani, told the Christian Science Monitor in 2011. “We demand that they [the Yemeni and American governments] give us the truth, otherwise disastrous things will happen to either Americans or Yemenis.”

Not long after the Shabwani family began their strikes against oil facilities in Marib, other tribesmen started doing the same.

Muhammed al-Kalfoot is one. He leads a group of electricity saboteurs that cut power lines to extort money and other resources from the Yemeni central government.

How Yemeni security forces could have prevented a sophisticated AQAP attack against oil facilities, but still cannot halt the work of a single man like al-Kalfoot, remains unclear.

“For the record: #AQAP doesn’t have the man power nor the capabilities to capture a city the size of Mukkala,” a spokesman for the Yemeni embassy in Washington DC, Mohammed Albasha, posted on Twitter Wednesday. He added the hashtag "#CommonSense."