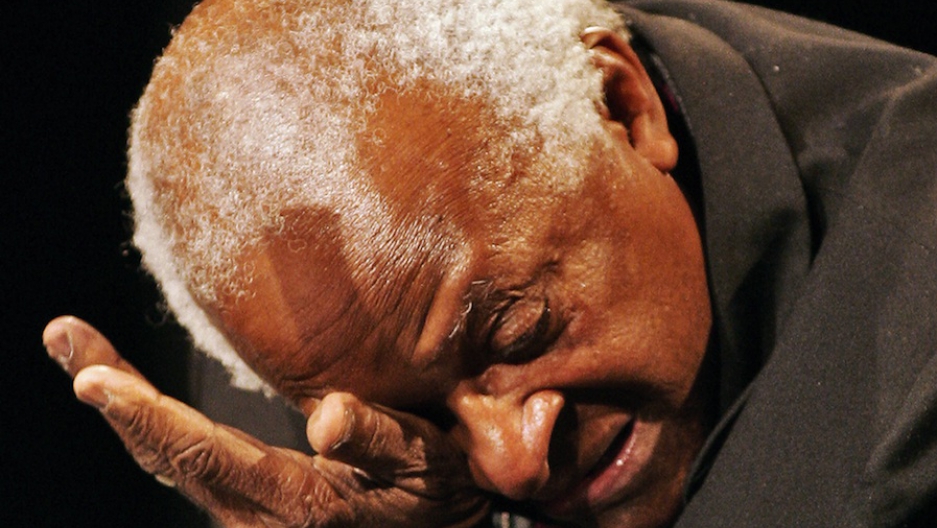 Desmond Tutu is having a rough week.

First, the retired Anglican archbishop’s home in Cape Town was burgled in the early hours of Tuesday or Wednesday — depending on which media report you read — while he and his wife Leah were tucked up in bed asleep.

The couple was not harmed and only “small household items” were reported stolen.

And then the Nobel Peace Prize winner’s brand new Twitter account — yep, he’s a little late to the social networking party — was suspended Thursday for “aggressively following” other users, only hours after he signed up.

We’re not sure what “aggressively following” means and neither is Tutu’s organization, The Desmond and Leah Tutu Foundation, which sent Twitter a “please explain” request.

"Twitter has not explained how following 30 people could be construed as 'aggressive following'," the foundation said in a statement.

The foundation suggested "the number of people who followed @TutuLegacy in a short space of time" — more than 1,000 — may have been to blame.

“I hope the powers that be at Twitter find it in their hearts to fix the problem and let us communicate again. We need to reassure all those people who started following us today that this is the real deal!” said Tutu’s daughter Mpho, who runs the foundation.

Twitter says it's 'sorry for the inconvenience' over our suspension. We got caught up in a spam clean up. Glad it wasn't something we said.

There, there, all better now.