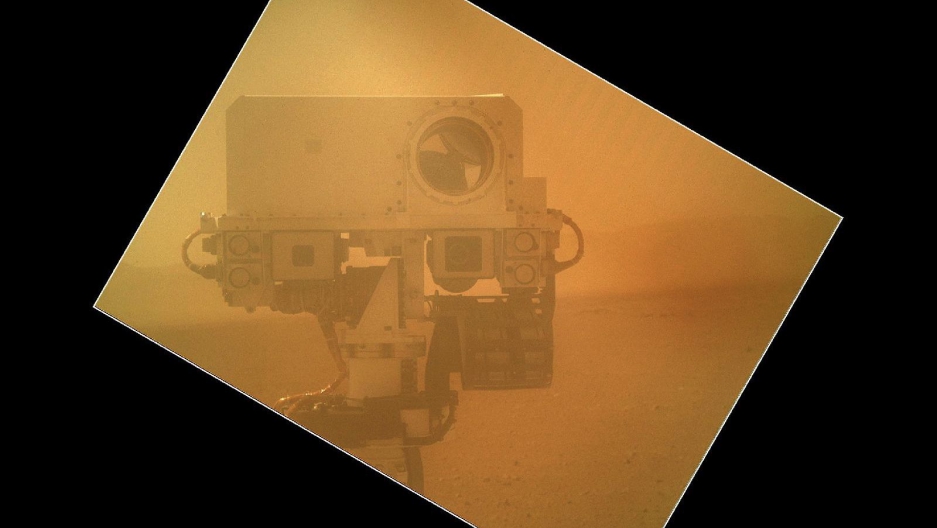 NASA’s Curiosity rover was alone but not forgotten on its one-year anniversary of landing on Mars.

The space agency’s scientists programmed the robot to play itself “Happy Birthday” by vibrating its sample analysis unit at different frequencies.

In spite of this oddly poignant scene, Curiosity seems completely happy in its Martian life.

In its first year on the Red Planet, Curiosity drilled into rock, gathering samples that show Mars offered favorable conditions for microbial life billions of years ago.

In just 12 months, NASA reported, Curiosity has sent back 190 gigabits of data and nearly 72,000 images; collected and analyzed sample material from two whole rocks; and driven more than a mile.

Now the rover is driving over to three-mile-high Mount Sharp to study layers of rock which could reveal more about Mars’ geological history. Scientists estimate it will arrive sometime next summer.

"Successes of our Curiosity – that dramatic touchdown a year ago and the science findings since then – advance us toward further exploration, including sending humans to an asteroid and Mars," NASA Administrator Charles Bolden said in a statement. "Wheel tracks now will lead to boot prints later."