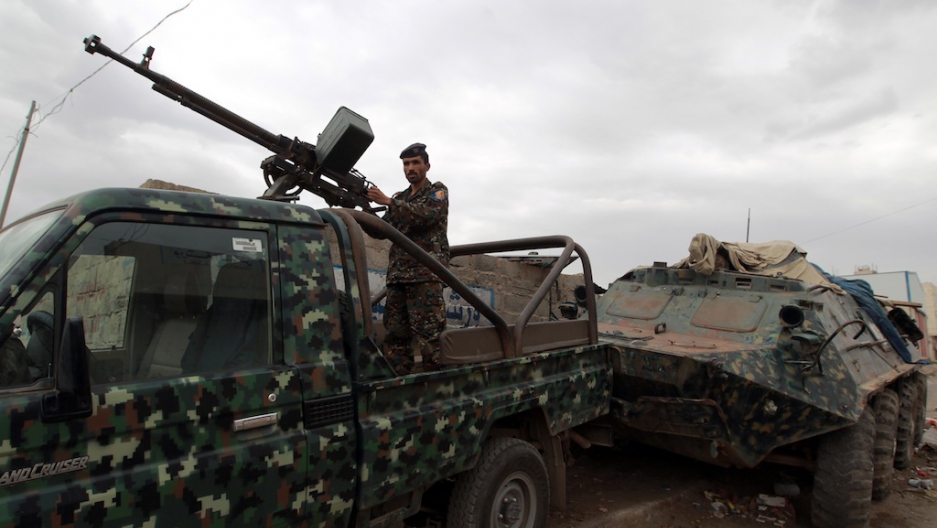 A Yemeni soldier guards a checkpoint on a street leading to the US embassy compound in Sanaa on Aug. 4, 2013.
Credit: Mohammed Huwais
Share

At least 19 US diplomatic posts, mostly in the Middle East and North Africa, will remain closed throughout the week, the State Department said on Sunday, due to what officials claim is a serious and unspecified terrorist threat to American interests abroad.

The news came as lawmakers on talk shows over the weekend promoted their opinion that the alleged security threat proves the necessity of controversial surveillance programs run by the National Security Agency.

California Rep. Adam Shiff, a senior member on the House Intelligence Committee, said on CNN that the collection of cell phone metadata did not appear to be connected to the closing of US missions or the widespread travel advisory issued last week.

"You have to be very careful how much you represent that any particular program has contributed to our security," Shiff said. "There is no indication that the metadata program contributed to information about this particular plot."

“If you look at the one that’s most at issue here, and that’s the bulk metadata program, there’s no indication, unless I’m proved wrong later, that that program, which collects vast amounts of domestic data, domestic telephony data, contributed to information about this particular plot,” Shiff added.

However, other US lawmakers claimed the NSA's programs had warned them about possible attacks during the end of the Muslim holy month of Ramadan and the upcoming Eid al-Fitr holiday.

Republican Sen. Lindsey Graham told CNN’s “State of the Union,” that “the NSA program is proving its worth yet again.”

Sen. Saxby Chambliss, who serves on the Senate Intelligence Committee, said on NBC’s “Meet the Press” that “this is a good indication of why they’re so important.”

“If we did not have these programs we wouldn’t be able to listen in on the bad guys," he added. "And I will say it’s the 702 [of the Foreign Intelligence Surveillance Act] program that’s allowed us to pick up on this chatter.”

Rep. C. A. Dutch Ruppersberger, a member of the House Intelligence Committee, said on ABC’s “This Week" that the “good news is that we picked up intelligence. That’s what the NSA does."

Regardless of the role the NSA programs played in detecting the threat, believed to have come from interception of communications between enior Al Qaeda members, most lawmakers seem to agree that the potential for an attack is serious.

Michael McCaul, chairman of the House Homeland Security Committee, said it was "probably one of the most specific and credible threats I've seen, perhaps, since 9/11."

State Department officials are expected to discuss the embassy closures at 1 p.m: