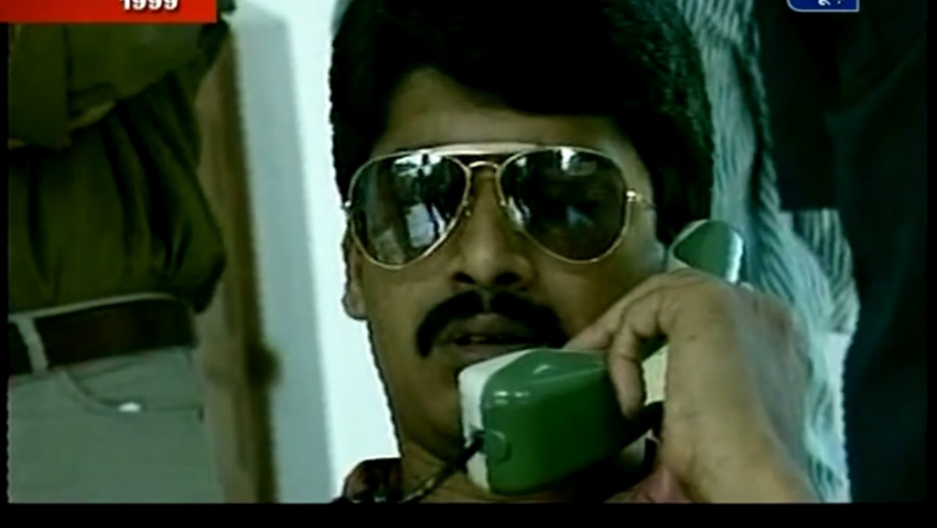 Uttar Pradesh's Raghuraj Pratap Singh was forced to resign earlier this year, after he was accused of conspiring to murder a police officer working in his constituency.
Share

NEW DELHI, India — To ensure a quorum, India's legislature ought to consider moving its sessions to the local clink.

A staggering 162 out of 543 honorable members of India's lower house face criminal charges, according to a new report by the Association for Democratic Reforms (ADR), a nonprofit election watchdog. The number in state-level legislatures is 1,258 out of 4,032.

Worse still, statistics show that a candidate with a criminal record is nearly twice as likely than one with a clean record to win a seat at the big table. Criminals are even sought out by parties, for their nefarious attributes.

In July, India's Supreme Court moved to prevent candidates from contesting elections from behind bars — literally. In response, a raft of parties shamelessly slammed the court for judicial overreach.

Along with the financial chicanery common to lawmakers from Italy to Taiwan, more than 1 out of 10 Indian parliamentarians faces charges for violent crimes such as kidnapping, rape and murder.

The money and muscle of hardened criminals, it turns out, make them vital players for all of India's political parties.

Consider some of the big guns.

In 2004, Bihar's Mohammed Shahabuddin won a fourth consecutive term as a member of parliament without attending a single campaign rally; he was behind bars on charges of kidnapping with intent to murder. Turns out his nominal opponents were too afraid to do much campaigning of their own, with good reason. After the election, nine workers from the only party to put up a fight turned up dead.

In 2003, Uttar Pradesh's Raghuraj Pratap Singh, aka “Raja Bhaiya,” moved to the state house from the big house. He had been behind bars under India's Prevention of Terrorism Act on charges related to an alleged kidnapping. His first gig under the new state government? Jail minister. He was forced to resign earlier this year, after he was accused of conspiring to murder a police officer working in his constituency.

Or take Madhya Pradesh assemblyman Ashok Veer Vikram Singh. Jailed for an alleged murder in the 1990s, he ran from behind bars with the campaign slogan, “Stamp the elephant [his party symbol] or take a bullet in the chest,” according to India's Tehelka magazine. Even today, serving a life sentence for another murder committed in 2009, he still has a hand in the political game through his wife, who has taken his assembly seat.

So will the Supreme Court’s rulings put a stop to the shenanigans?

The smart money says no. Here’s why.

India is a democracy, but the power of the party trumps individual popularity. In most polls, getting a ticket from one of the major parties is more than half the battle, and every party in India gives tickets to so-called “history sheeters” — or guys with a rap sheet that goes way back.

After that, the alleged criminals have the resources and power to buy or intimidate voters — and rivals — as well as the fig leaf of respectability associated with their name brand backers.

“They [the alleged criminals] are winning because they are contesting on the party's ticket,” Bairwal said.

“The problem is that they continue to get tickets from the parties. They themselves have muscle power and money power, and then the party comes in and gives its branding power.”

Meanwhile, the Supreme Court's moves could prove to be toothless, unless a slew of long-awaited judicial reforms take place.

The court took two actions. Both look effective, but they're only superficial. It barred convicted felons from holding office or contesting elections, and it prohibited suspects from running for office while they're in the slammer.

The ban on criminal suspects may well be reversed, since it effectively considers legislators, unlike ordinary people, to be guilty until proven innocent. Meanwhile, the ban on convicted criminals will remain more or less moot, because court cases in India most often run much longer than the average political career before coming to a decision.

“You become a [member of your state legislative assembly] or a [member of parliament] for five years, but your criminal cases go on for 20 years. That issue is not being addressed by this ruling,” Bairwal said.

So much for the wheels of justice.