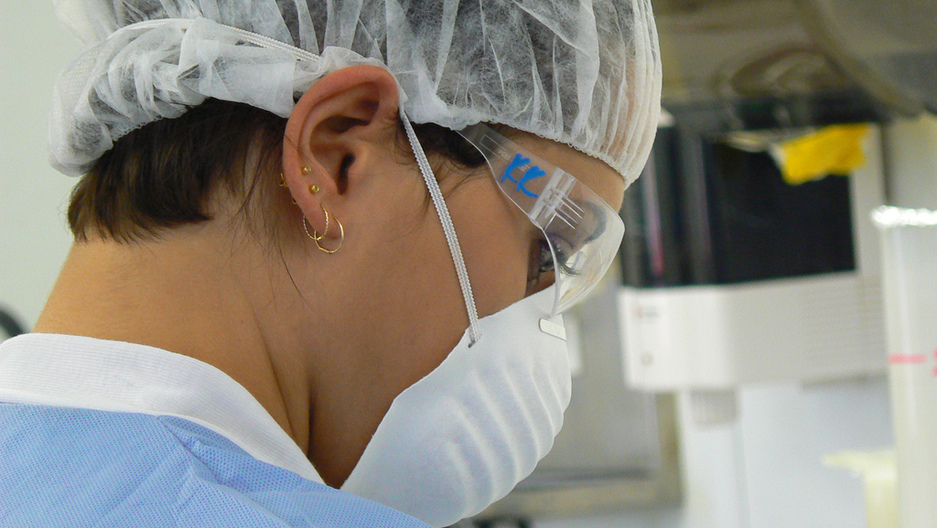 The process for "Reduction" was: use some of the work I actually do for a change, and some of the experiences I have had as a mom and write something short. I had started the story a few years ago and gave up on it. This time I persisted with it. Many yellow sticky notes in my pockets at work. I hope it doesn't creep people out too much, maybe a little.

Here is an excerpt from the story:

Marian and the new guy, Glen were the only ones in the lab when the reductions arrived, two plastic tubs in a big red bag like a Christmas present. The courier, Bernard, set the bag in the cart beside Marian's bench. He said, "You forgot to lock the back door so I came on in."

Marian glanced at the bag, and then the clock. The door should have been locked at four-thirty. All specimens after that were supposed to be left in the lock box. "Thanks a lot, Bernard."

"Hey, you're welcome," Bernard said. "You should be glad I came in. You wouldn't want these sitting in the lock box overnight, not in this heat. Things get ripe, know what I'm saying?" He raised his white eyebrows. "Never know what you might find in there."

Marian did know what she might find. It wasn't something she could talk about with anyone outside the lab. Her friends either said, "Ick, shut up," or asked how much it cost to have implants, not that they would ever get them, or interrupted to talk about the time they thought they had cancer. In this matter she and Bernard, a widowed semi-retiree from Brooklyn, were in the same boat.

Read all of "Reduction"