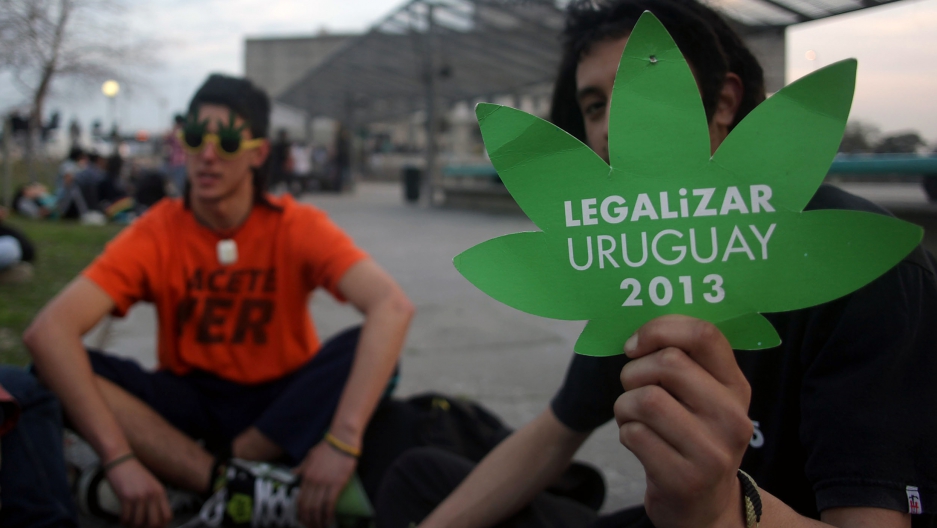 Pro-marijuana activists wait outside the Uruguayan parliament in Montevideo while lawmakers debate the bill to legalize marijuana on July 31, 2013.
Share

A United Nations narcotics body on Thursday expressed alarm about a bill passed by Uruguayan lawmakers that would legalize marijuana.

“Such a law would be in complete contravention to the provisions of the international drug control treaties, in particular the 1961 Single Convention on Narcotic Drugs, to which Uruguay is a party,” the International Narcotics Control Board said in a statement issued hours after the bill was passed in Uruguay’s lower house.

The controversial bill needs to be approved by the Senate before it becomes law. If that happens, Uruguay would be the first country where the state was in charge of producing and distributing pot.

But the INCB, an independent body of experts set up by the UN to monitor countries’ compliance with international drug treaties, said the legislation could have “serious consequences for the health and welfare of the population and for the prevention of cannabis abuse among the youth.”

It urged authorities to “carefully consider all possible repercussions” before taking a final decision.

The bill was approved late Wednesday by 50 of the 96 lawmakers present following more than 13 hours of heated debate.

Marijuana use has doubled in the last 10 years in the small, mostly rural South American country of 3.4 million.

The government of leftist President Jose Mujica, who is a doctor by training, has defended the measure, arguing the global war on drugs has failed and it is worth trying a different approach.