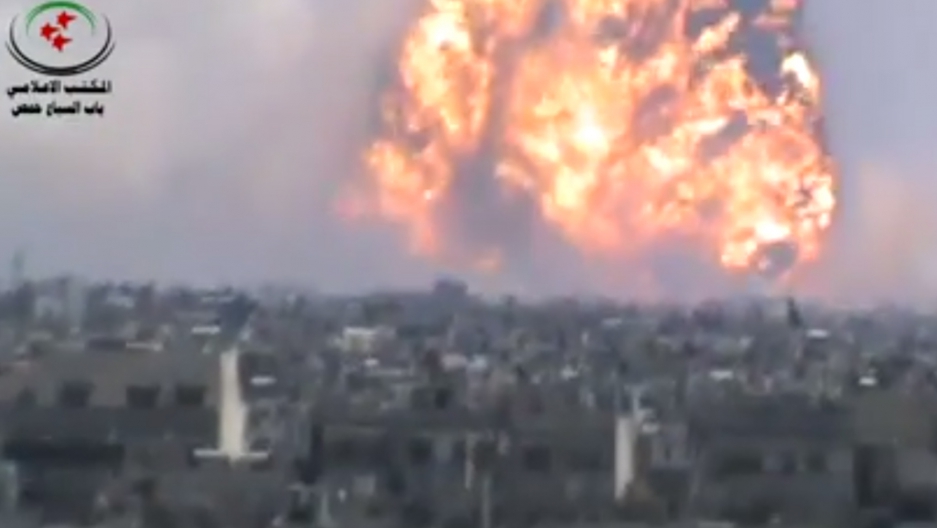 A massive fireball billowed into the sky in the Syrian city of Homs in a video posted by opposition activists on August 1, 2013.
Share

A massive fireball billowed into the sky in the Syrian city of Homs in a video posted online by opposition activists on Thursday.

The explosion was thought to originate from a weapons depot in a government-held district in Homs, killing at least 40 people and wounding dozens more.

A majority of the neighborhood in which the blast happened comes from the same sect as President Bashar al-Assad, and the explosion caused widespread panic among the residents who support the Syrian leader.

The UK-based Syrian Observatory for Human Rights reported that 40 were killed and more than a hundred wounded when rockets hit the weapons depot.

Earlier this week, the Syrian regime's troops claimed that they had driven the insurgents from the Khalidiya district in Homs.

GlobalPost has documented the brutal conflict — which has claimed more than 100,000 lives according to United Nations estimates — from inside Syria.