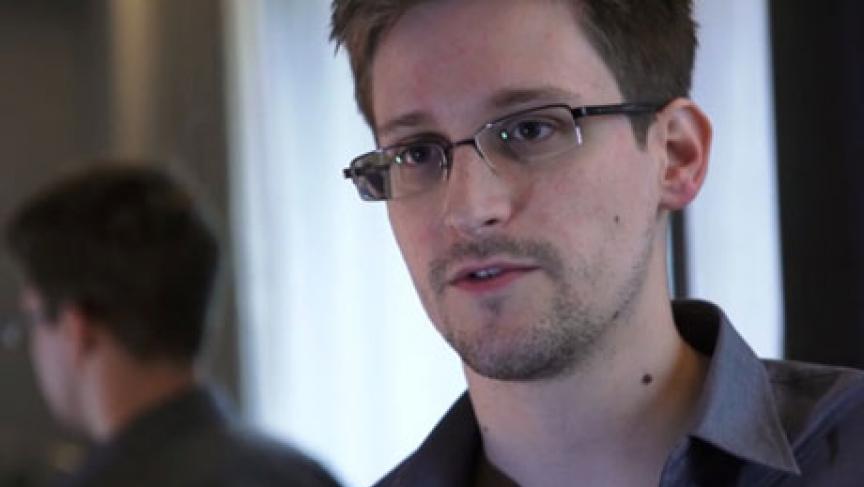 Edward Snowden says he's the source behind leaks about the U.S. PRISM surveillance program and the collection of phone metadata. (Photo courtesy of The Guardian.)

Edward Snowden, the former NSA contractor behind the release of numerous classified documents in recent weeks, has been granted temporary asylum in Russia, according to various media reports.

Snowden had been stuck in the transit area of Moscow's airport after fleeing Hong Kong, where he'd sought refuge after making his disclosures in May. According to the BBC, citing an affiliate of Snowden's from the WikiLeaks organization, Snowden has been granted asylum for one year.

Snowden has said previously that he'd like to eventually make his way to one of the South American countries that indicated it would accept him, such as Venezuela.

With his newfound freedom, Snowden immediately left the Moscow airport about 7:30 a.m. ET on Thursday. According to Anatoly Kucherena, Snowden's Russian attorney, Snowden will eventually speak to the Russian media, but his location will be a closely guarded secret.

“He is the most wanted person on earth and his security will be a priority,” the attorney explained to Russian news website RT.com. “He will deal with personal security issues and lodging himself. I will just consult him as his lawyer.”

The move by Russia to allow Snowden to stay in the country, even for just a year, is sure to outrage U.S. officials, who have sought to provide repeated assurances to Russian leaders that Snowden will be treated fairly if he's returned to stand trial.

Some U.S. politicians have called for protests, even boycotting the 2014 Olympics in Sochi, Russia, because the country is harboring Snowden.

An official reaction is expected some time Thursday morning.