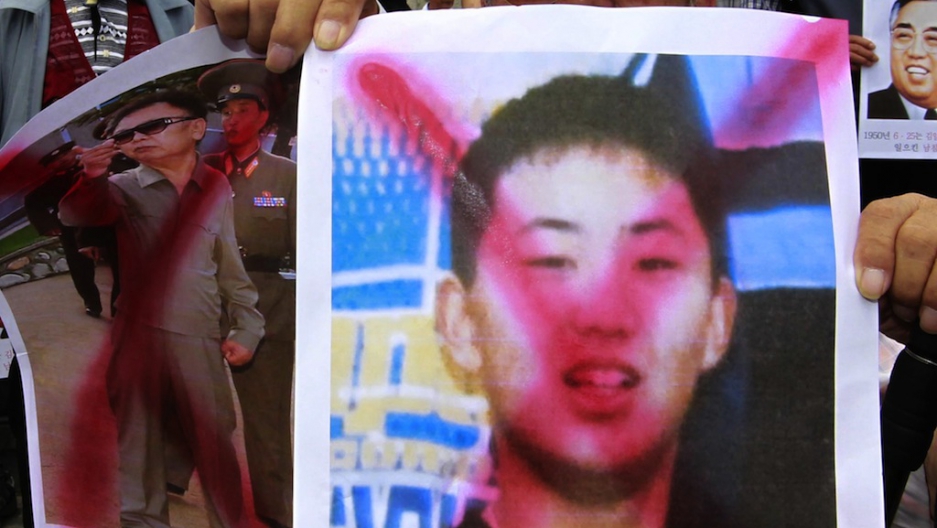 Update: In early December, 2013 South Korean intelligence reported that General Jang Sung-taek was removed from power. If true, this would be the Kim Jong Un's boldest leadership shakeup yet.

Since the 1940s, the Kim dynasty has survived three generations, largely by cultivating a bizarre cult of worship among its long-suffering citizens.

But within this apparatus of near-total control, a pantheon of power players works quietly to run the country.

In a nation known for sudden swings and vicious purges, these elites know how to work the system. Of course, power is always a game of push and pull. To stay on top, the Supreme Leader needs the loyalty of his lieutenants, which gives them more clout than you might imagine.

The man behind the throne

As vice president of the National Defense Commission, General Jang Sung-taek heads the all-powerful body that controls the military. That makes him nation’s second most influential leader. Predictably, Kim Jong Un is his immediate supervisor, holding the post of chairman.

The four-star general is among the most experienced faces in Kim Jong Un’s circle. He rose to prominence in the 1980s and 1990s by cultivating close ties with Kim Jong Un’s father, deceased despot Kim Jong Il; he may have even taken control behind the scenes when the Dear Leader fell into poor health.

Under the previous autocrat, Jang was so influential that one top-ranking North Korean official, who fled to Seoul, predicted that he would succeed Kim Jong Il.
Jang’s status is aided by his marriage to Kim Jong Un’s aunt.

General Jang’s wife is North Korea’s most powerful woman, General Kim Kyong-hui. She is the Moscow-educated daughter of founding father Kim Il Sung. An ardent but pragmatic revolutionary, Kim is known for wielding sway within the ruling family and for being a principle regime supporter. In the 1980s, she oversaw the office that trafficked narcotics and weapons overseas.

She serves as a top secretary in the ruling Korean Workers’ Party, giving her a hand in state policy.

Politics aside, Kim has one eclectic item on her resume. She opened the nation’s first hamburger joint in 2010. North Korea has renamed the classic Western dish “minced meat and bread.”

Reportedly a heavy drinker, the 67-year-old has survived repeated rumors of her imminent death.

The Clintons may have Huma Abedin as their favored up-and-comer. Likewise, North Korea’s celebrity political couple, Jang and Kim, are mentoring a rising official, Vice Marshal Choe Ryong-hae. Choe holds two key posts in the ruling party that give him sway over ideology and defense issues.

Some analysts doubt whether Choe has the spine to survive the ruling scrum, and point to his supposed lack of army experience as a dire liability. A track record of noble revolutionary valor is pretty much a prerequisite for success in North Korea (although experts debate whether it’s becoming less important under Kim Jong Un).

Madden says that Choe has been on the ascent for longer than many believe. Choe was demoted last year, only to reemerge just as powerful months later.

And what purpose does he serve his mentors? Madden thinks that North Korea’s power couple is using Choe as a generational link to the youthful and inexperienced Kim Jong Un.

Decorated general Kim Kyok-sik has “excellent street cred in Pyongyang as a hardliner,” explains Madden. His eclectic CV includes service in Syria the 1970s, where he may have also aided Middle Eastern and African revolutionary movements. More recently, he was the defense minister.

Kim has gained momentum lately. It all started in 2010, when he supposedly commanded the shelling of the South Korean island of Yeonpyeong, killing four people.

In early 2013, Kim was heavily involved in a bout of saber-rattling between North Korea and the world. In February, the United Nations imposed a round of sanctions on Pyongyang as punishment for a nuclear test. In response, the garrison state spent two months spewing war threats and broadcasting military exercises — all aimed at Washington and Seoul, of course.

Kim proved himself further during this time, but not without hiccups. In May 2013, he was suddenly relieved of his duties, but made a comeback as the new army chief of staff, giving him wide-ranging power over the nation’s war machinery.

In a break from fire-and-brimstone militarism, Pak Pong-ju is one of few reformers with influence. In April 2013, the businessman, known for his progressive views, took the post of prime minister.

As the premier, Pak pays special attention to the economy. Even some North Korean defectors in Seoul say they're optimistic about his policies and demeanor.  “He is a very humble person and is a self-made man,” Madden said.

In the mid-2000s, Pak tried his first stint as premier. He relaxed the government’s socialist system of rationing food — a way of easing shortages — and gave state firms greater autonomy. These were part of a push toward a more open market.

But remember, this is North Korea, so idealistic Pak didn't last long. In 2007, he was rebuked and fired.

It’s truly amazing that he got a second try. If North Korea ever opens up, he’ll be the man to call.