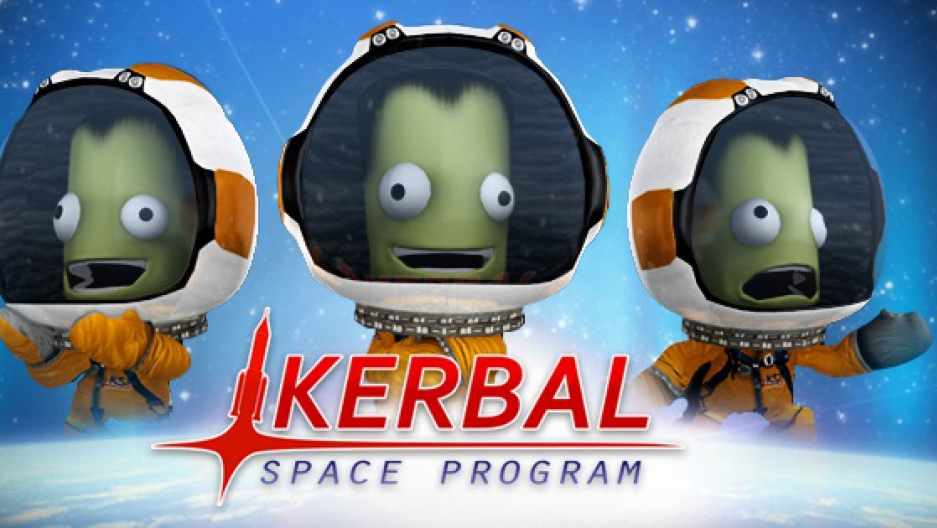 In spite of the incredibly advanced technologies available to video game developers of the current era, most games remain linear in structure and in narrative – beat the boss of level X, continue to next level, repeat until no more levels.

Perhaps once a decade a masterpiece of gaming breaks those traditional barriers — and that is what makes Kerbal Space Program (KSP) so special. Not only is the space-flight simulator pioneering in game structure, it is getting players excited about space exploration again in a global economy forcing most nations to stay grounded.

“If I were to judge this simply from the number of people asking me about studying 'rocket science' at college then I'd say the game is having a direct effect on young people,” Scott Manley, who has become a niche celebrity in the Kerbal Space Program community for his YouTube channel's tutorial videos, told GlobalPost.

“Some just come to my channel to thank me for inspiring them to continue into scientific education, but I think that a large part of that is directly attributed to the game.”

Manley holds degrees in both physics and astronomy and calls himself an “Astronogamer,” defined by a fusion of gaming and science. In order to be successful with KSP, players need, at the very least, a rudimentary understanding of physics.

Players start out in the Kerbal Space Program with an army of Kerbals, little green astronauts who are stupid or courageous enough to brave the vacuum of space, and the tools to build a rocket to enter and leave the orbit of Kerbin, the home planet. One of the first things a player must master is getting off the planet and entering a circular, stable orbit around Kerbin.

The orbital maneuver isn’t for the faint of heart. It’s hard — and you can't fudge the science.

“In KSP it's possible to get into orbit with a single stage vehicle, but in real life this is still a dream that remains out of reach for our technology. However most of the principle of rocket design and launch profile optimization are the same,” said Manley.

The player’s first attempt to enter a stable circular orbit will fail. The second attempt probably will too. It may take hours to succeed, but when the player looks up, sees their apoapsis and periapsis points close to equal and watches the sunrise over Kerbin from orbit for the first time, the feeling could almost be described as transcendent. From there, the universe is theirs to explore.

In fact, space travel in KSP is so similar to the real thing, scientists at NASA’s Jet Propulsion Lab (JPL) have fallen in love with the game.

“Everyone who works in and around the fields of science and engineering has a thousand crazy ideas they've thought of but would never try in real life. KSP is a place where maybe, in Kerbal's unique way, you can give them a try,” Douglas Ellison, a visualization producer at NASA's JPL, told the Penny Arcade Report.

Ellison also mentioned that “half of JPL” is playing KSP.

Add in some evocative music to accompany the imagery, and it's easy to understand how so many are getting hooked on the KSP experience.

“That’s the secret to KSP. There is a true feeling of accomplishment that comes with success but the failures are fun enough to keep you going,” said Bob Holtzman of Squad, the independent, Mexico-based firm that developed KSP.

“We wanted to strike a fine balance between the comical and cute Kerbals and their serious scientific quest to conquer the stars with KSP, so when our players share their successes and failures, we would agree with you there is a childlike curiosity being re-imagined. It’s been really fun to share our passion for space exploration and rocketry with our audience and vice versa,” Holtzman told GlobalPost in an interview.

“I think it was really useful in sparking their interest in the subject. Using video games is a way to invest the students in what they are doing when you give them work to do,” he said.

Those American physics students now live in a country without a manned space-flight program, something the internet's most beloved scientist Neil Degrasse Tyson argues is essential for inspiring a new generation of scienctists.

Russia’s Soyuz program and China’s Shenzhou program are the world’s last remaining successful manned space-flight initiatives. But KSP players, reinvigorated with the passion of a space pioneer, are ready to press on toward an era of exploration free from the political and economic agendas of their host countries.

“I think it's a tragedy that the US has mismanaged its space program, however, I'm also hugely inspired when I see SpaceX making huge strides in developing a private crew launch vehicle,” said Manley, who is originally from the UK.

“I'm not sure [Kerbal Space Program players] are at the level of writing letters [to their political representatives], but what has been interesting is the number of players who have directly funded space research either through the recent ARKYD space telescope kickstarter, or by donating to the B612 foundation and their Sentinel asteroid hunting telescope,” added Manley.

Whether or not the next generation of real life space pioneers will be KSP veterans, Manley says the game is, at the very least, fostering a love for science among its players – not something many video games can claim to do.

“Some [players] might see themselves as future pilots or rocket scientists, but I think that's maybe too narrowminded. People are using KSP as a jumping off point into all fields of science not just rockets and astronomy. Fans are learning to write code, build models and a whole host of other skills because of this. Hey, I even learned a bit about editing video,” he said.