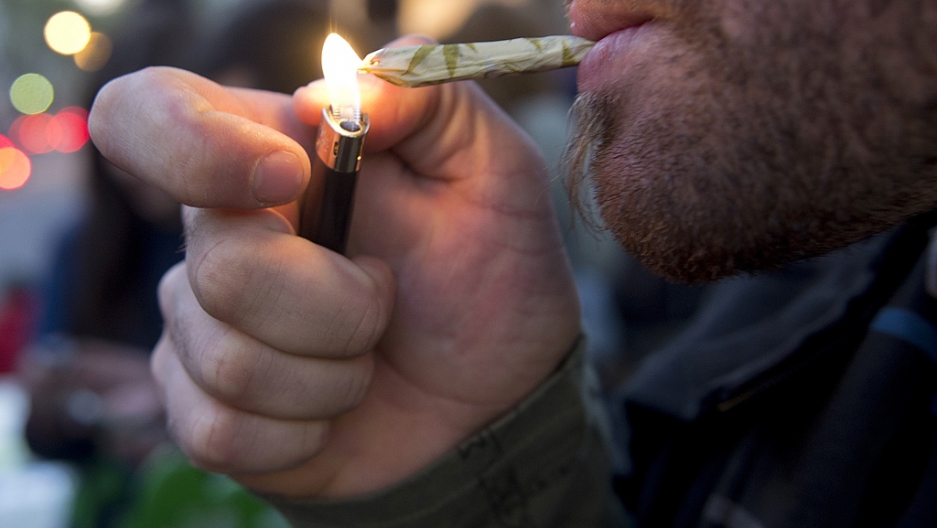 Some marijuana use is already legal in Uruguay. Now the country looks set to go farther, legalizing the entire chain of production.
Credit: Pablo Porciuncula
Share

MONTEVIDEO, Uruguay — Uruguay is set to become the first country to fully legalize and regulate the growing, selling and taxation of marijuana.

Late Wednesday night, legislators in the lower house narrowly passed the Regulation of Marijuana bill, wide-ranging legislation that, if successful, will propel this small South American nation to the vanguard of progressive drug policy worldwide.

The legislation, which now proceeds to an expected easy ride in the country’s Senate, is unprecedented in its scope and potential impact. The Uruguayan government plans to experiment with policies that have never before been tested on a national scale, and the world’s eyes will be watching.

So, how did this tiny country of a few more than 3 million inhabitants find itself at the forefront of drug law experimentation? What sets the Uruguayan approach apart from other countries like the Netherlands, or states like Colorado, that have decriminalized pot? And how likely is this legislation to succeed anyway?

Takeaway 1: Nobody’s ever done this before

What the Uruguayan government’s proposing is a lot more radical than the steps other countries and US states have taken toward marijuana legalization.

While pot consumption has long been legal in the Netherlands, for example, cannabis cultivation is still banned. By contrast, Uruguay’s government plans to manage the cultivation of the drug itself by regulating private businesses to grow and harvest it.

The government would, in essence, compete with illegal marijuana imports from neighbors like Paraguay. The idea is to provide a better, cheaper and safer product than smokers can find on the street, then tax it and regulate its consumption.

“This is a very big deal,” said Hannah Hetzer, a Montevideo-based policy manager for the Drug Policy Alliance, a group that pushes for drug policies that are “grounded in science.” “Uruguay has a history of progressive drug policies, but this is one or even 10 steps further than other countries have ever done.”

While Uruguay has been on a progressive tear recently, legalizing gay marriage and passing South America’s most liberal abortion law, legislators here insist the marijuana bill is more about domestic security than pushing a progressive agenda.

In the hours-long debate that preceded Wednesday’s vote, supporter after supporter of the bill lambasted the region’s failing policies in the “war on drugs,” and stressed the need for a new approach.

Indeed, the marijuana regulation bill grew out of 15 policy strategies proposed last year by the administration of President Jose Mujica in response to a crime spree that culminated in a shooting in a popular local fast food chain.

While Uruguay has a relatively low crime rate for the region, public fears about crime have mounted in recent years. Driven by a boom in the use of cocaine paste, known here as “pasta base,” petty crime and murders have been on the uptick, leaving this traditionally safe and peaceful country searching for solutions.

The national fear that Uruguay could slide into criminal chaos, then, has been a significant catalyst for the marijuana legislation.

This is the Uruguayan government’s approach to knee-capping drug traffickers by both taking away a lucrative source of income and providing a safe haven for marijuana users, so they’re not drawn into “dark corners,” as one legislator put it yesterday, where they might be tempted to try other illicit drugs.

Takeaway 3: The law’s really not that popular

Surveys in recent months have shown a significant majority of Uruguayans do not approve of the marijuana regulation bill.

Outside of the capital city, Montevideo, home to almost 50 percent of the population, residents typically hold more conservative views on issues like this.

Lawmakers like Veronica Alonso from the conservative National Party have questioned the country’s ability to regulate marijuana without creating an unmanageable government bureaucracy, while other legislators have raised concerns about the health impacts of smoking pot.

Citing an April poll that pegged opposition to the law at 66 percent and support at just 25 percent, several opposition lawmakers vowed Wednesday to seek a referendum to overturn the law should it go into effect.

In response to criticism that it was trying to steamroll controversial legislation, in April President Mujica’s Broad Front party held a series of community meetings across the country to seek public input on the bill.

Concurrently, a coalition of NGOs has been running a polished public relations campaign called "Responsible Regulation,” seeking to educate the public on the benefits of legalization.

Martin Collazo, a spokesman for the campaign, said the lack of public support for the bill is due to poor general understanding about what it would accomplish.

“There is a lot of disinformation out there,” Collazo said. “If everyone truly understood the proposed law, they would certainly approve of it.”

Since its genesis last year, the bill has been toned down significantly. Most notably, the government initially planned to cultivate and sell marijuana itself in a state-owned monopoly. It abandoned that plan earlier this year in one of several steps the Broad Front has taken to mollify opponents.

Still, the bill remains controversial and would likely face attacks from its introduction.

Takeaway 4: A finger in the eye of the US drug war, but not overtly intended

The international media has written a lot recently about Uruguay’s regional “leadership” on the marijuana issue. Generally, this has focused on Latin America’s drive to find alternatives to the US-backed war on drugs.

But Uruguayan legislators stressed that they’re not seeking to antagonize their neighbor to the north. Rather, they’re trying to find a new solution to a uniquely Uruguayan problem, they said.

“Quite simply, we’re not interested in becoming an example to the world,” said Sebastian Sabini, a key proponent of the law. “We have an internal problem with cannabis, and we’re trying to solve it.”

Nonetheless, the new law will bring Uruguay into conflict with international bodies that regulate the use of drugs. The United Nations’ International Narcotics Control Board has already voiced concern about where Uruguay is headed.

The organization issued a statement Thursday urging Uruguayan authorities to “ensure that the country remains fully compliant with international law which limits the use of narcotic drugs, including cannabis.”

Wednesday’s vote ultimately came down to the support of one man, Dario Perez, a Broad Front lawmaker and doctor who’s been vocally critical of the law, and whose “no” vote could have killed it.

All eyes were on Perez as he addressed the house Wednesday, and when it became clear he would be supporting the legislation despite his concerns, Twitter exploded with proclamations that the law was a done deal.

With Perez’s support secure, the ruling party had the votes to push the bill through the house. It proceeds to a hearing in the Senate, where the Broad Front has a clear majority and the bill is expected to pass easily.

From there, the law just needs President Mujica’s signature. That’s a given, since the charismatic Mujica has shown unfaltering support for the legalization of marijuana.