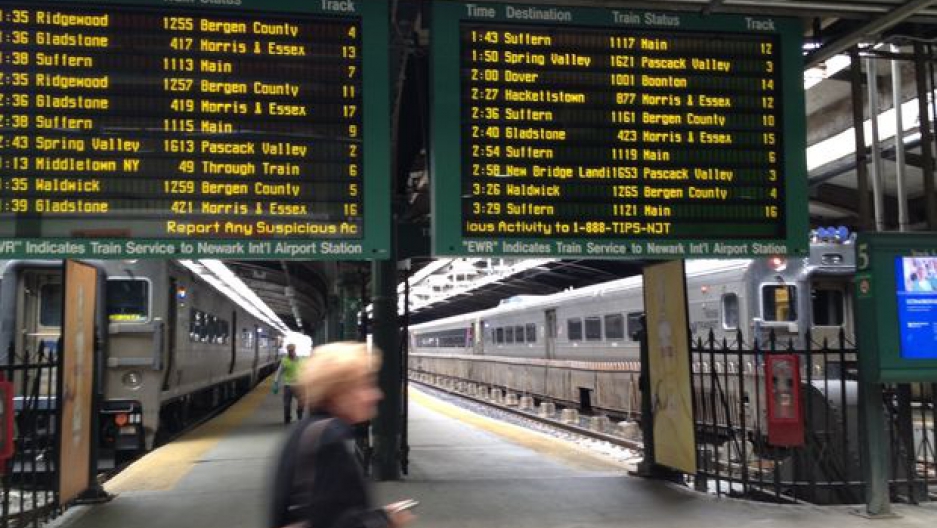 Jack Fox and Carolyn Hopkins are the voices behind public announcements at numerous public buildings, including inside this New York City Subway station. (Photo courtesy of Kate Hinds.)

Think of them as the grandparents to Siri, the real people who breathe life into announcements heard every day in public places all over the world.

Together, they have provided their voices to 110 airports, every building at the U.S. Capitol, the New York Subway system and much more.

Jack Fox was a radio personality on WHAS in Louisville and has recorded over 1,000 audio books for the blind. Carolyn Hopkins began her career in voice work with the Typhoon Lagoon ride at Disney World in 1989.

After decades making their voices heard anonymously, a recent feature by The Verge shone a spotlight on Fox and Hopkins.

"We are looking over your shoulder in every airport that you travel," Fox said. "Making sure that you stand to the right on the moving sidewalk so others who wish to pass can do so safely on the left."

Both use a similar mindset to find the perfect tone of voice when delivering information to strangers.

"In my case I really do think about the person I'm talking to," Hopkins said. "I try to picture someone getting on the moving sidewalk or afraid to park their car and it helps," Fox said.

Fox and Hopkins are two of the original talent hires by Innovative Electronic Designs, a supplier of audio notification technology, the largest known company of its kind.

With their voices playing in so many public places, the two have both experienced their share of encounters hearing themselves in odd scenarios. Fox recalled using a restroom after an early morning arrival in Phoenix and hearing his own voice booming down at him.

Hopkins' remembered a time when her husband was waiting to pick her up at an airport while her voice was playing over the loudspeaker, telling cars to keep moving. When asked to move by a security guard her husband replied, "Why? I don't listen to that voice at home — why should I listen to it here?"