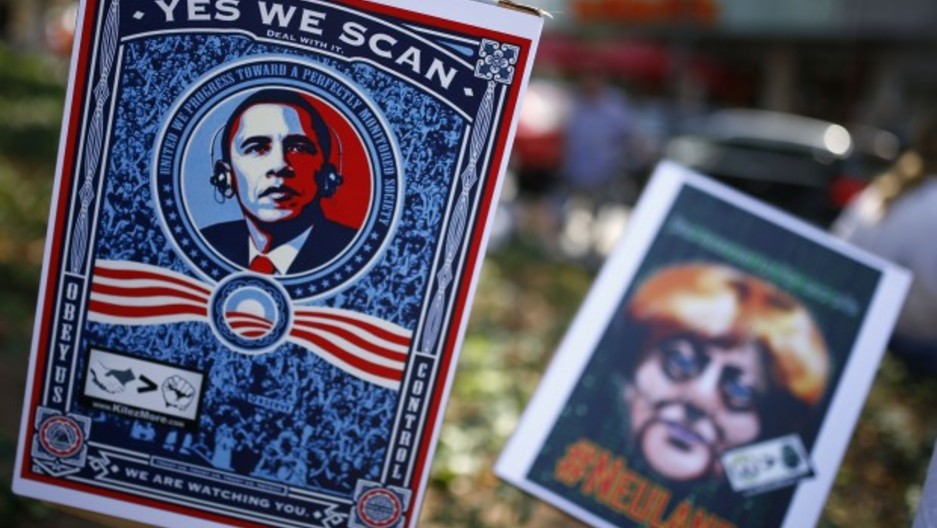 Placards showing U.S. President Barack Obama (L) and German Chancellor Angela Merkel are seen during a demonstration against the National Security Agency (NSA) and in support of U.S. whistleblower Edward Snowden in Frankfurt, July 27, 2013. Protests across Germany have gained following the leaking of the NSA intelligence agency's monitoring of international internet traffic and about 2,000 people took part in the demonstration. Placard on the left reads, "New Land", in reference to Merkel's comment that the world wide web is a new land for everybody. REUTERS/ Kai Pfaffenbach (GERMANY - Tags: POLITICS CIVIL UNREST CRIME LAW) - RTX1218M

Share
New revelations in the British newspaper The Guardian offer an in-depth description of XKeyscore. It's a top secret National Security Agency program that collects the emails, social media activity and browsing history of individuals, including US citizens. Author James Bamford says the program has an exceptionally broad reach. "I don't think this is one little group of people that are doing it," he says. "Everybody at NSA has this as one of their tools." Bamford notes that XKeyscore was first revealed in the British newspaper Der Spiegel several weeks ago.