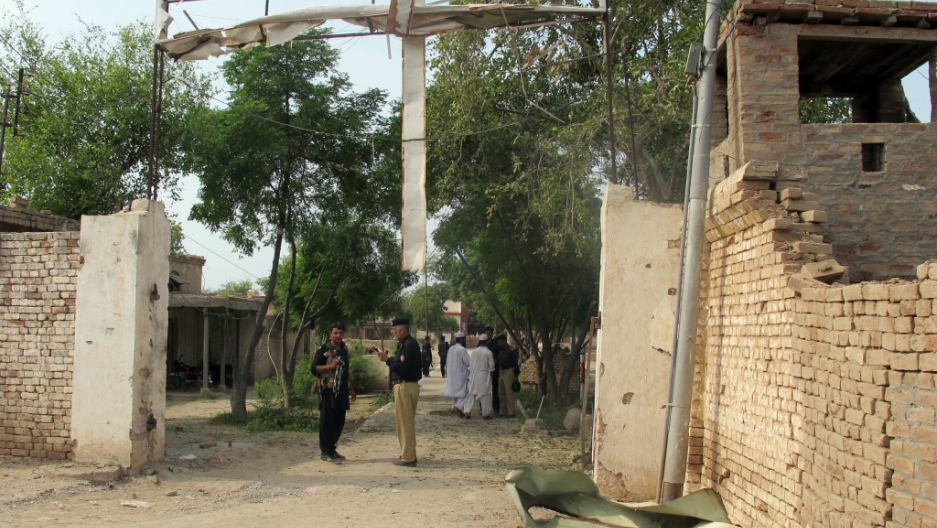 Pakistani policemen stand guard outside the Central Prison after an overnight armed Taliban militant attack in Dera Ismail Khan on July 30, 2013. Taliban insurgents freed hundreds of prisoners including hardline militants in a brazen assault on a jail in northwest Pakistan.
Credit: STR
Share

It's a conspiracy theorist's delight, but then again it became that for a reason: the infamous rule of three.

The rule by which a trend is formed when three similar things happen.

In this case, the trend is rather disconcerting: prison breaks. One in Iraq, another in Libya and then on Tuesday a third in Pakistan.

There has been no confirmation that the three are linked; however, top militant leaders escaped in each of the cases. And analysts are already sounding the horn, saying that the three are no coincidence and could even signal a "global comeback" for Al Qaeda. On Wednesday, Al Qaeda suggested the prison at Guantanamo Bay might be next.

Al Qaeda warned us this would happen. Last summer the leader of Al Qaeda in Iraq, Abu Bakr al-Baghdadi, in an online audio statement said that his militants were rebuilding the strongholds once cleared by U.S. forces. "I bring you good news,” he said. “We are starting a new phase in our struggle with a plan we named `Breaking the walls,' and we remind you of your priority to free the Muslim prisoners."

First there was Iraq.

Al Qaeda claimed responsibility on July 23 for a prison break that had freed more than 500 inmates from two prisons in Iraq. On July 21, suicide bombers drove explosive-packed cars into the Abu Ghraib and Taji jails near Baghdad.

An Iraqi policeman waves cars through a checkpoint on July 23. Security measures were heightened after high-level Al-Qaeda operatives were said to be among the escaped prisoners from Abu Ghraib. (Ahmad al-Rubaye/AFP/Getty Images)

At least 20 security guards died as gunmen stormed the buildings and attacked guards with mortars and rocket-propelled grenades.

"The number of escaped inmates has reached 500, most of them were convicted senior members of Al Qaeda and had received death sentences," Hakim Al-Zamili, a senior member of the security and defense committee in parliament, told Reuters.

On July 27, a riot inside and an attack outside Al-Kuifiya prison in Benghazi led to the escape of 1,000 inmates.

Most of the escapees were reported to be common law offenders, but some were said to be detainees in cases linked to the former regime of Muammar Gaddafi. Nearly 100 prisoners have been recaptured, but violence persists in Libya.

Benghazi on July 28, after two powerful explosions went off near the courthouse. The blasts came a day after the 1,000 inmates escaped from Al-Kuifiya prison. (Abdullah Doma/AFP/Getty Images)