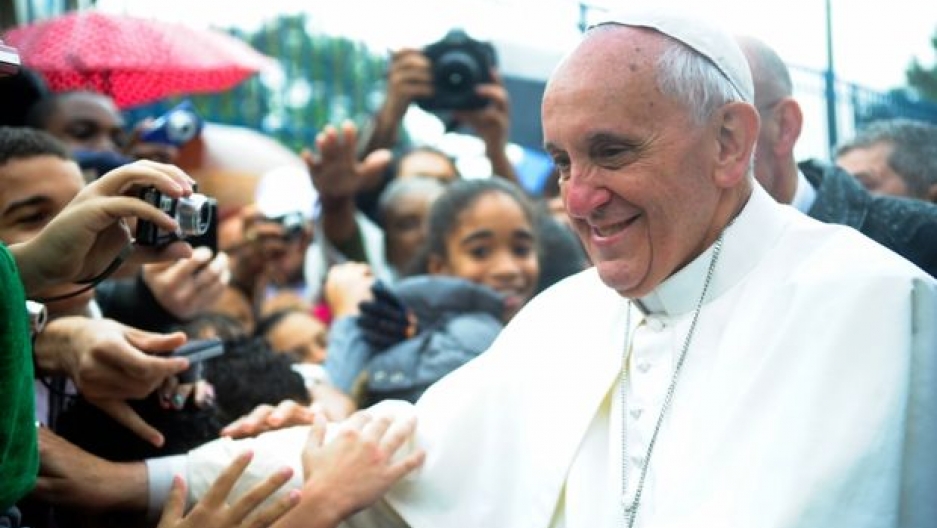 Though Catholics remain divided on their opinions of homosexuality, Pope Francis expressed his support for gay people to a team of reporters aboard the papal aircraft on a flight from Brazil to the Vatican.

"If someone is gay and he searches for the Lord and has good will, who am I to judge?" the Pope told reporters. "They shouldn't be marginalized."

The pope was speaking specifically abotu gay men who choose to become priests. Coming off a seven-day visit to Brazil last week for the church's World Youth Day, his first foreign trip, the pope's comments are seen as in-line with his appeasing style.

"It's not that he's condoning homosexuality, it's just a kind of more open approach, which is very much keeping in the style of this pope, who since he was elected in March has been much more direct, open, conciliatory, and really trying to build bridges," said Rachel Donadio, Rome Bureau Chief for the New York Times.

The pope's comments, seen by many as surprisingly candid, also included remarks about women, who remain unable to become priests. On the subject, Francis said there wouldn't be any movement to remove that prohibition, but he did express his interest in more fully integrating women into theological discussions. He said Pope John Paul II "closed the door" on that issue in 1994 when he formally stated that the church had no authority to ordain women.

The 80-minute press conference was unexpected as the pope said "I don't give interviews" as recently as July 22 when he headed to Brazil, according to the National Catholic Reporter.

Francis' stance on gay rights is in contrast to predecessor Benedict XVI's. During his papacy, Benedict said that homosexuality "destroyed the essence of the human creature".

The difference of opinion of the two popes over this issues is indicative of their governing styles as a whole. Benedict was seen as a strong theologian, while Francis is being compared with Pope John Paul II for being generally well-recieved.

"He's seen as someone who is just kind of there for people. He was seen hugging drug addicts at a center in Brazil," Donadio said. "Benedict, his more theologian predecessor, is probably going to be remembered as one of the great theologians of his era, but wasn't such a warm and fuzzy guy."

The pope also spoke supportively about women, but said he would not consider having them ordained as priests and that Pope John Paul II "closed the door" on that issue in 1994 when he formally stated that the Church had no authority to ordain women.