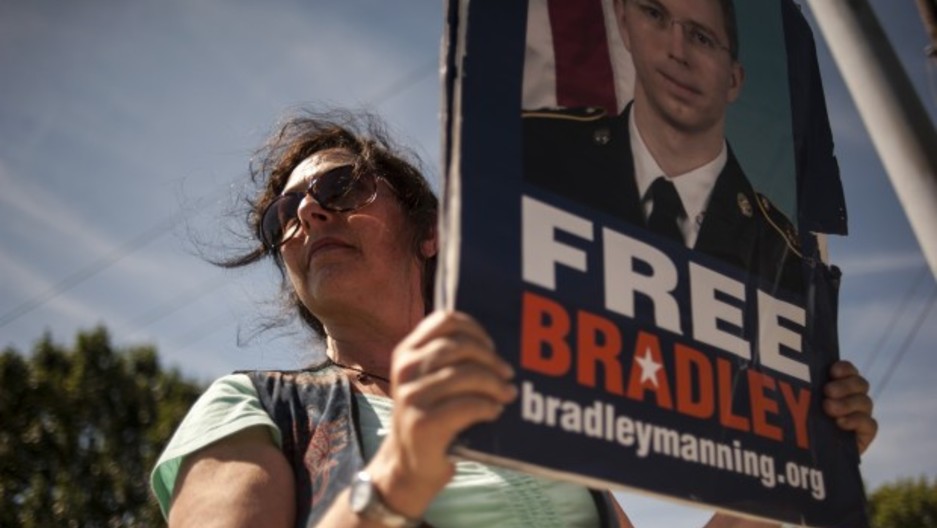 A supporter of U.S. Army Private First Class Bradley Manning protests outside the main gate before the reading of the verdict in Manning's military trial at Fort Meade, Maryland July 30, 2013. A military judge is due to announce her verdict on Tuesday in the case of Manning, 25, who faces life in prison without parole if found guilty of aiding the enemy in releasing 700,000 classified documents, including battlefield reports, to the website WikiLeaks. REUTERS/James Lawler Duggan (UNITED STATES - Tags: CRIME LAW MILITARY POLITICS TPX IMAGES OF THE DAY) - RTX124Y5

Share
Two years ago, PJ Crowley resigned as State Department spokesman after criticizing the way Army Private Bradley Manning was being treated while in detention. Today Manning, a 25-year-old former intelligence analyst was acquitted of the most serious charge against him – but he was convicted of most of the others. Crowley calls the decision "the right verdict" for Manning. "He obviously will send a considerable length of time in prison. But I thought the charge of aiding the enemy was prosecutorial overreach and it was appropirate for the judge to reject it," Crowley says.