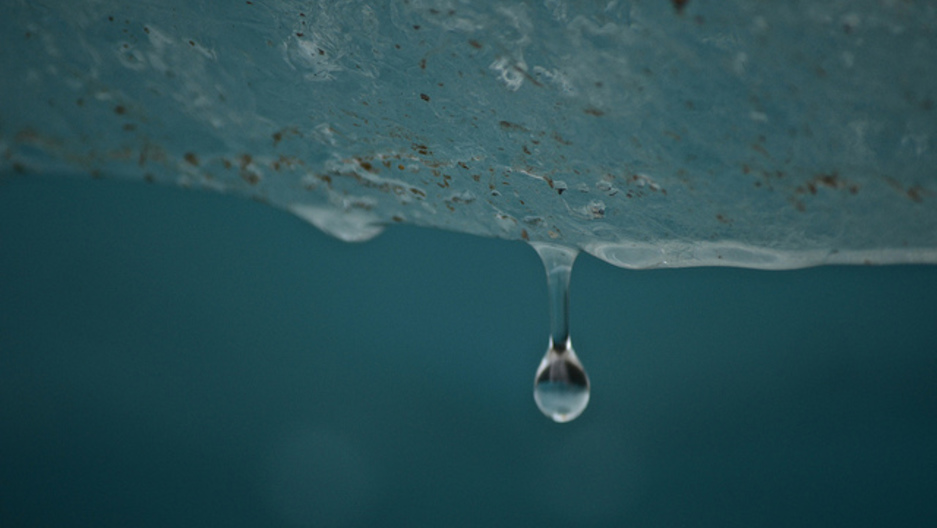 The Earth is getting hotter. Fast. Piles of scientific studies and documentary footage about climate change have proven that to be true.

In some parts of the world, people need only to look around them to see how their environment is being affected. Areas are notching record high temperatures every year, and already-dangerous natural disasters are hitting harder as a result.

Perhaps no consequence of global warming is more immediately dangerous than rising sea levels. Big ice sheets and glaciers in Greenland and the Antarctic are giving out and melting away to become part of the ocean.

The question for climate researchers has not been whether sea levels are rising, but how fast. New research from Germany's climate research center, the Potsdam Institute, finds the rise to be about seven feet for every degree Celsius of global warming. Of course, that rise will be on a geographic timescale — perhaps thousands of years, Levermann said.

Anders Levermann, lead author of the report, which was published in the Proceedings of the National Academy of Sciences, said sea level rise can be attributed to four main factors.

The first is what he called the "thermal expansion" of water.

The second and third factors are the melting of icebergs and the melting of mountain glaciers, which have enough potential to raise the sea level by about 1.5 feet.

Possibly the largest threat is the potential melting of the ice sheets around Greenland and Antarctica, which could add an additional approximately 60 meters, or 197 feet, of global sea level rise.

The impact of rising seas will vary by region, with the tropics, or areas around the equator, being most affected. China, Brazil, Egypt and Hawaii are just some of the places that fall within this region.

"Similar as the moon is pulling the water on Earth towards itself and therefore cause the tides, right? In a similar fashion, Greenland is pulling the ocean toward the Greenland ice sheet," he said. "When you reduce the Greenland ice sheet, you reduce the drag, this pulling, and therefore, sea level is dropping in the vicinity of Greenland, but because there’s more water altogether — it has to rise somewhere else even stronger and this is generally in the tropics."

These communities will have to adapt by moving or elevating their cities and towns.

"And otherwise, we’ll just have to try to build higher dikes and hope for the best," Levermann said.