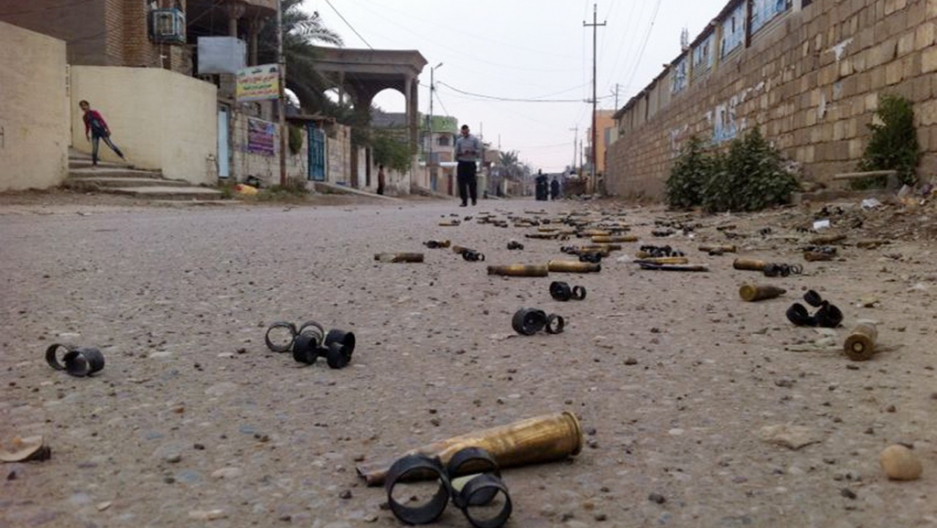 A picture taken with a mobile phone on Jan. 3, 2014 shows people in a street with empty bullets on the ground after fighting between Al Qaeda militants and Iraqi special forces in the Iraqi city of Ramadi, west of Baghdad.
Credit: AZHAR SHALLAL
Share

Here's the short version: The United States invaded Iraq in 2003, claiming that Saddam Hussein had both weapons of mass destruction and connections to Al Qaeda. He had neither.

Today, though, one of those justifications has become a self-fulfilling prophecy. Al Qaeda in Iraq now exists, and it is as strong as ever. US officials themselves say they are increasingly worried about the terror group's renewed power in Iraq, especially after an elaborate jailbreak at Abu Ghraib prison (remember Abu Ghraib?) freed hundreds of people, including senior members of Al Qaeda, last year.

More recently, major battles erupted between Al Qaeda-linked militants and government forces in Fallujah (remember that place?). As of Jan. 3, Al Qaeda was in control of the city.

So how did the United States manage to create this violent and intractable problem? In just 49 simple steps.