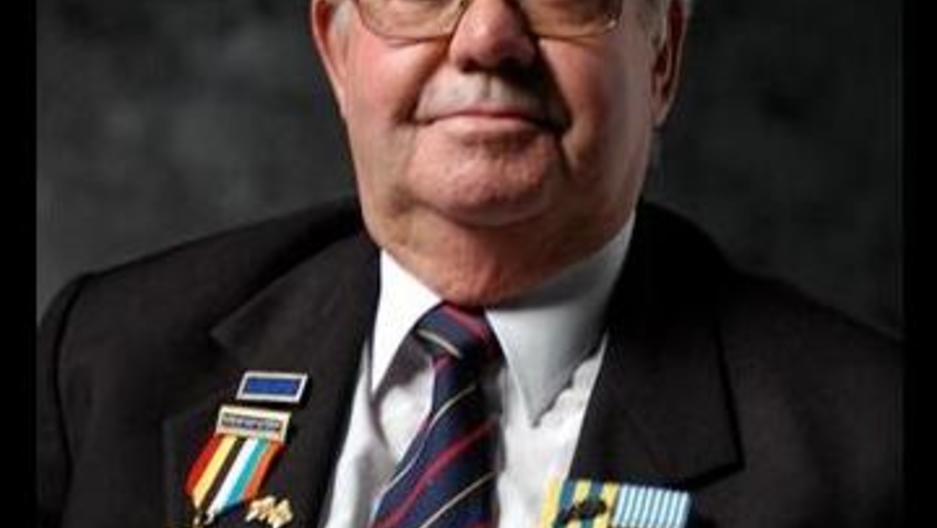 Share
Sixty years ago, the guns fell silent in one of America's bloodiest wars. Korea. More than 36,000 Americans perished in the fight to save South Korea from the invading communist North Koreans and their Chinese allies. But it wasn't just Americans who fought. More than 20 countries sent troops to Korea under the flag of the United Nations, including Turkey, Greece, Colombia and Ethiopia, as well as more traditional US allies like Britain. "We call it the forgotten war," says Ben Whitchurch who was a teenage draftee in the British Army. Korea remains the bloodiest conflict for the Brits since WWII, far worse than Iraq, Afghanistan and the Falklands combined. Here's how Ben Whitchurch remembers his service 60 years ago: Well I had to do my 18 months conscripton. I was given the opportunity to join the First Batallion of the Gloucestershire Regiment and then we were informed that they were going to Korea because a war had started in Korea. But as national servicemen we couldn't go, because we only had approximately 6-7 months to do, but we could go if we volunteered, and being young and excitable as we were, we thought, well the war's nearly over, we'll go. We just turned 19 when I arrived in Korea. The first time we got there we had to go up to what would be called the front line in Kaesang. We had skirmishes, nothing big, and then we were moved down to the River Imjin, and we started off from there. It was on the second night that we knew that they were round the back of us. We in my platoon we were already dug in on Gloucester Hill before the battle started. And then my friend Jack Sheldrake who was a radio operator said come and listen to this, Ben. It was information coming over the radio that there are hoardes of them coming and we can't stop them. We knew the battle was over because we'd run out of ammunition, we couldn't do any more fighting anyway. So we dove down the back of the hill across the valley floor. And it wasn't until we were going up the rise of the the valley over the other side they stood up, the Chinese. They were there but you didn't see them. And they stood up like ants and started firing at us. And then I think they probably realized we weren't firing back, so they stopped. They came down and rounded us up into a little valley. It sticks in my mind as the Chinese caught us, they made us kneel down and put our hands behind the backs of our heads, and the automatic thing I thought was execution because they were bringing their dead off the mountains and valleys, and they were stacking them, at least 10 bodies (stacked) all along the road ready for collection. There was no massacre. Instead, Private Whitchurch and the other PoWs entered years of brutal captivity in North Korea. "We were marched north past Pyongyang," he says. "That march took six weeks. The first two weeks we marched in the night and slept during the day, you slept where you fell because they didnít want us to be rescued and then the last four weeks we marched for the daytime ending up in a little valley, Choksahn, which was number one prisoner of war camp. Two-and-a-half years. You got fed one time a day, you never knew when you were going to get fed, and the main meal meal would be rice, rice, and rice." The captives were also denied news from home as the war in Korea raged on. Neither could they let loved ones know they were alive. "At that point my mother didn't know anything about me until 18 months after I was captured," he says. "She reported missing, person killed, because there was no communications from anybody. But they did eventually allow us to write one letter home but ofcourse being the communist type people they worry. You had to write what you knew would get through the censors, you had to tell lies." One of the truths the PoWs could not talk about in their letters was the torture, including the dreaded "Chinese water torture", known nowadays as waterboarding. Many of the captives, British and American, died in captivity. Perhaps 40 percent. Ben Whitchurch and the other survivors were finally released and repatriated as part of the armistice that halted the fighting in the Korean War. Historians describe the battle of the Imjin River, in which Whitchurch was captured, as one of the most heroic defensive actions of the 20th century. But in 1953, Whitchurch and the other British and American PoWs returned home to find their countries largely indifferent to the war and to their suffering. On July 28, it will be 60 years since the guns fell silent across Korea.