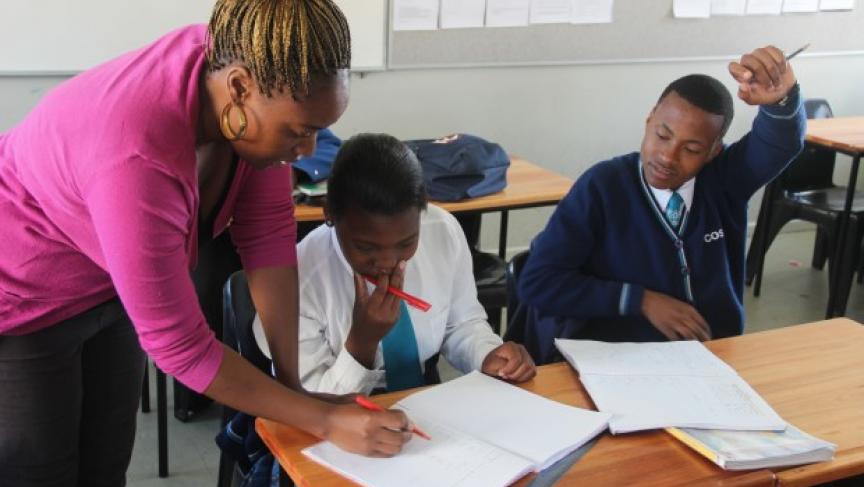 A few weeks ago, during a morning staff meeting at the Centre of Science and Technology (COSAT), the room was practically empty. About half the teachers were missing.

At many public high schools in South Africa, that wouldn’t be strange. But at COSAT – a high-achieving school with committed teachers – it was unusual. After the meeting, COSAT’s principal, Phadiela Cooper, said she wasn’t sure what had happened, but it was part of a worrying trend. 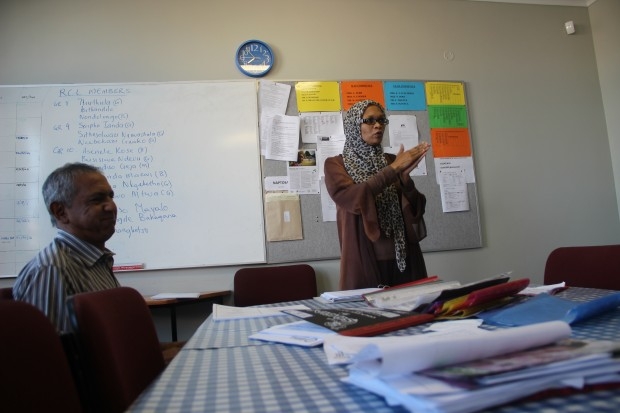 “I slowly but surely see the motivation of the teachers [is] dropping,” she said.

Later that day, Thoko Matosi – a science teacher at COSAT – admitted that she was feeling exhausted. She has worked at COSAT for three years, and during that time, the school has nearly doubled in size. That has meant bigger classes and longer hours for teachers.

Ms. Matosi said she now has almost no time to prepare lessons or grade papers. “There’s no time to actually do anything except for teaching,” she said. “It’s as if I’m just in survival mode.”

As a result, she is doing a lot of work during her off hours, at home. And she said that is taking a toll on her husband and her one-year-old daughter. “I feel like a terrible mother right now because I don’t have time for my daughter,” she said.

In fact, Ms. Matosi spends a lot of time being a surrogate parent to her students, many of whom come from broken homes and crushing poverty.

A couple of hours later, students gathered in Ms. Matosi’s class during a break. At the front of the room, Ms. Matosi was engrossed in a serious conversation with two students. One was in tears. Her mother was seriously ill, and her family had no food.

A lot of students open up about their problems to Ms. Matosi – perhaps because she’s young, and students relate to her. Ms. Matosi said this aspect of her job – listening to students’ stories of pain and adversity – weighs her down a lot more than her work.

“Seeing them every day at school and knowing that you can’t really help because you, yourself, don’t actually have that much – it’s not easy,” she said.

Ms. Matosi added that she was feeling depressed and wasn’t sure how much longer she would keep teaching. 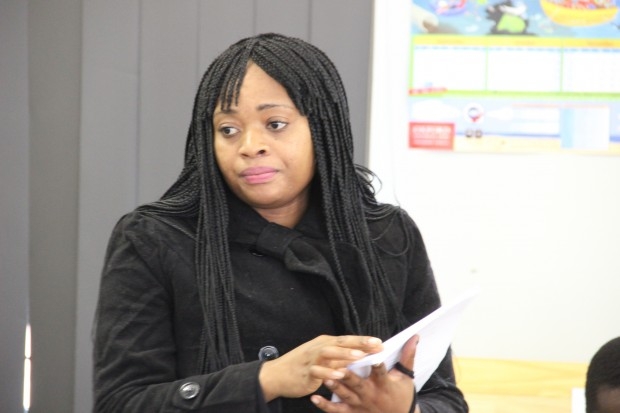 COSAT’s principal, Phadiela Cooper, has been trying to figure out ways to prevent teacher burnout so she can keep good teachers like Ms. Matosi around. But Mrs. Cooper said she wasn’t sure what to do.

She couldn’t give teachers more time off, and she couldn’t hire more help – there was no money for more teachers, or for a guidance counselor to help the kids. All she could do, Mrs. Cooper said, was encourage teachers who are experiencing emotional strain to seek their own counseling through the department of education –  and to be sure to take care of themselves.

Recently, COSAT went on its midyear break –  a three-week hiatus for students and teachers to recharge and relax.

Last week, school was back in session. At the morning staff meeting, all the teachers showed up, and many looked refreshed. Perhaps all they needed was some time off.

Ms. Matosi, the science teacher, said she was excited to be back. “I missed school – I missed the kids,” she said.

Ms. Matosi said the three weeks off definitely helped with her physical fatigue, but the emotional fatigue that comes from working with students from such tough backgrounds quickly set in again.

“It comes back as soon as you are in the same environment,” she said. “Because it’s still the same kids that you know who have the same issues that they told you about.”

I asked Ms. Matosi how she planned to deal with that emotional fatigue. Would she use the counseling services available to teachers?

She said no. With so many classes to teach and papers to grade, there just wasn’t any time.

Are you a teacher? How do you stay motivated? Share your thoughts here.