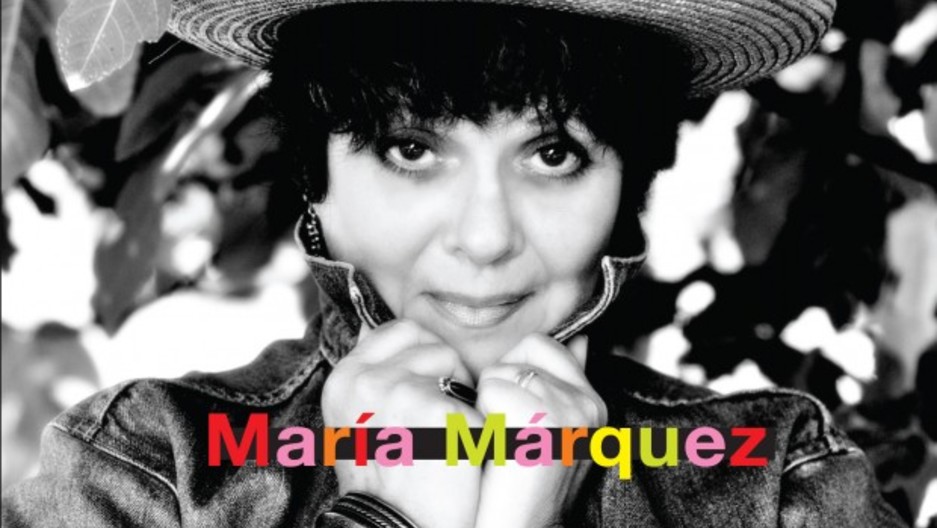 Share
María Márquez started singing in Venezuela when she was 19-years-old. It was the early 1970s, and the renowned German-Venezuelan musician Vytas Brenner, invited Márquez to form a duo with him called Vytas y Maria Fernanda. The duo lasted only two years, but the music became very popular and well-known in Venezuela. Márquez says Vytas Brenner went on to become an influential musician. "A very important figure because he was the first one to mix or fuse folklore with rock, in those days, and electronic music," Márquez says. "So he obviously, if you listen to the arrangements and so on, I do have a lot of influence from Vytas, really. He was a major, major influence on me." In the late 70s, Márquez moved to Boston to study at the Berklee College of Music. It was there that she heard about the San Francisco Bay area music scene and some of the figures she wanted to learn from. Since her move there, Marquez has recorded three distinctive albums, every one of them with a unique and soulful Venezuelan flavor. For her new record called "Tonada," Márquez invited the renowned master of the Venezuelan 'Cuatro' — Hernán Gamboa. She says her intention was to record only two songs, with him playing the traditional four-string instrument. "And we were in the studio and he said, let's do this one, let's do that one," Márquez says. "So a lot of them were improvised, spontaneously done in the studio. And it was just out of his generosity that I ended up with all these tunes, so I decided to include them here and there as miniatures to showcase the Cuatro." Márquez says this album represents her career coming to a full circle. Part of the sound goes back to her early days as a singer in Venezuela with Vytas Brenner. But she says the new record is also peppered with an American flavor. "My roots of course are in Venezuela, that's where I grew-up, where I was born," Márquez says. "But, I've lived here half of my life in the United States, so really I cannot deny the influence and what impact it has had on me." Marquez says it took her more than four years to complete this album. She's now working on a special concert in San Francisco that will highlight the confluence of Venezuelan and American music that infuse her beloved songs.