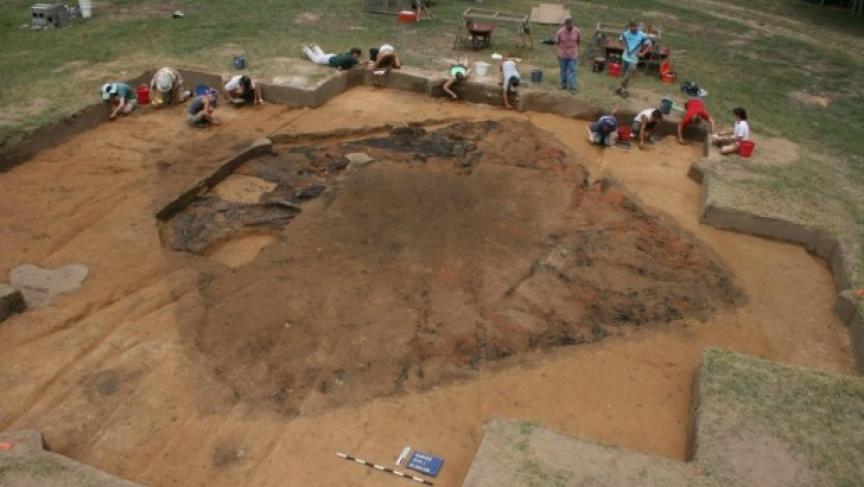 Share
In the 16th century, Spanish explorers were on a quest to chart an overland route to reach the silver mines in northern Mexico. They launched westbound expeditions from the coast of North Carolina led by Juan Pardo from 1566 to 1568. It was decades before the Jamestown colony or the arrival of the Pilgrims and the vast interior land of America seemed to be there for the taking. Archaeologists have now discovered the remains of a Spanish fort from those early expeditions near Morganton, North Carolina. Fort San Juan represents the earliest known European fort in the interior of what is now the United States. It is one of several forts the expeditions built along a trail they blazed through the Carolinas and across the Smoky mountains into eastern Tennessee. Robin Beck, a University of Michigan archaeologist on the discovery team, says the Spanish expeditions are a high point for Spanish ambition in the New World…but were ill-fated for two reasons: food and sex. The Spanish expeditioners depended on Native Americans for food, but they soon assumed authority over them treating them as their subjects. The soldiers also had relationships with Indian women that soon soured and spread mistrust. The sharp conflict that arose led to the downfall of the Spanish expeditions. Eventually Spain's attempt to claim the interior of America failed, and that created an opening in the years that followed for English explorers to try and establish outposts in early America.