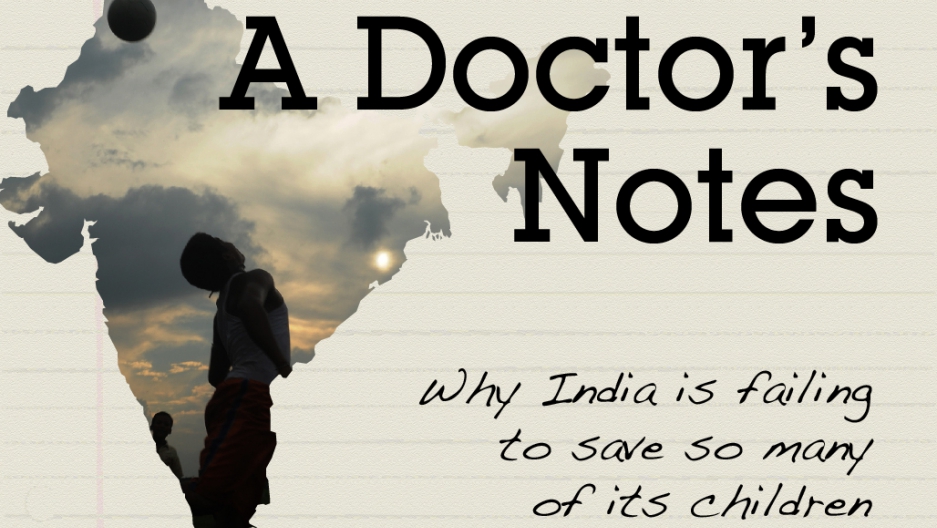 Editor's Note: This is the second in a series of posts about child health in India, where, in 2011, 1.7 million children under the age of 5 died. Health reporting fellow Harman Boparai travels to India, where he once practiced as a physician, to take a deeper look at child health in his home country. "A Doctor's Notes" is part of a GlobalPost Special Report titled "The Seven Million," about the many challenges faced worldwide in an effort to reduce child mortality.

AMRITSAR, India — In the bleakest days of India's fight against child death, the country lost more than 3 million children every year. Malnutrition and stunting were rampant, with a majority of the children underweight and exposed to illnesses.

"When we visited the villages, there was not an ounce of fat on most of the children," said Dr. Kamal Khanna, a pediatrician, reflecting back on the early days of his career in the 1980s. "Several hundred were lost just because they were too weak to fight the most common infections."

A little more than two decades later, the picture is starkly different. My reporting in India started in my hometown of Amritsar, the seat of the Sikh religion and the cultural center of the state of Punjab. Historically the bread basket of India and one of its more affluent states, Punjab lies at the better end of the spectrum when it comes to child mortality. Its rate of under-five deaths is 38 per 1000 live births, according to the Census of India's mortality indicators, substantially lower than India's rate of 61.

After paying homage at the Golden Temple, the holiest shrine of the Sikh faith, I decided to find out what factors played a role in Punjab's relative success. I visited the clinic of Dr. Kamal Khanna, who has worked as a pediatrician with the government health system for the last three decades in both urban and rural Punjab.

Looking over his thin-rimmed spectacles as he put his stethoscope to the chest of a 3-year-old, Khanna took out a disposable syringe to give the child a pneumococcal vaccine. The waiting room outside his office was already flowing with parents waiting their turn, newborns bundled up in their arms. Many came to get vaccinations, and some came for help with minor illnesses.

Khanna's fingers knotted as he remembered how the scenario was starkly different, even in the early 1990s. Khanna attributed the rapid decline in child deaths in Punjab to increased awareness, the relative affluence of the population — which makes it easier to afford private health care — and better access to health care facilities.

"Now the problem, at least in urban centers in Punjab, is fast becoming that of childhood obesity," he said.

For the next leg of my journey, I would head the next day from Amritsar to the district of Panna in Madhya Pradesh, where the child mortality rate is three times that of Punjab. As I prepared to leave, I assembled my own kit in case I encountered a medical emergency in the field that required me to intervene.

First the essentials: a stethoscope, thermometer, a torchlight and paracetamol tablets. And then illness-based treatment regimens. The two biggest killers of children that could easily be prevented are diarrhea and pneumonia. For diarrhea, the cause of death in most of the cases is simply dehydration. The best treatment is Oral Rehydration Solution (ORS) and zinc supplements, and in a very few cases antibiotics. For pneumonia, on the other hand, antibiotics is definitely needed. I packed drugs like sulfonamides and cotrimoxazole for mild cases. But if the pneumonia is severe, I can do nothing better than help shift a child to a hospital with pediatricians and facilities for intravenous medication.

This was my last night in Amritsar, and I attended the monthly dinner meeting of the Indian Medical Association. After a great presentation on robotic pediatric urology, local doctors discussed where their latest machines had come from and how this technology was revolutionizing their ability to save lives. They remember all too well the years when they had to rely on just a stethoscope, experience and a handful of interventions to treat illnesses.

One pediatrician recalled how one night in 1990 he had to simultaneously care for more than ten cases of severe pneumonia and diarrhea in children under five years of age. Most of them had been brought in from the peripheral areas to the city as their illness got severe, and three of them still did not make it.

In 1990, I was a three-year-old in Amritsar. But I was the child of parents who are doctors. How and when would I have been treated had I contracted an illness?

I survived those years as a healthy child, but even today for seven million children in the world, and nearly 1.7 million in India, the story is still that of missed opportunities and eventually a tragic loss.

Next I will head to the heartland of the country, where the child mortality rate is many times higher than in my home state, to see what milestone their progress has reached, or where it has stalled.

More from GlobalPost: A Doctor's Notes, Part 1: India's economy is booming, but its children are dying