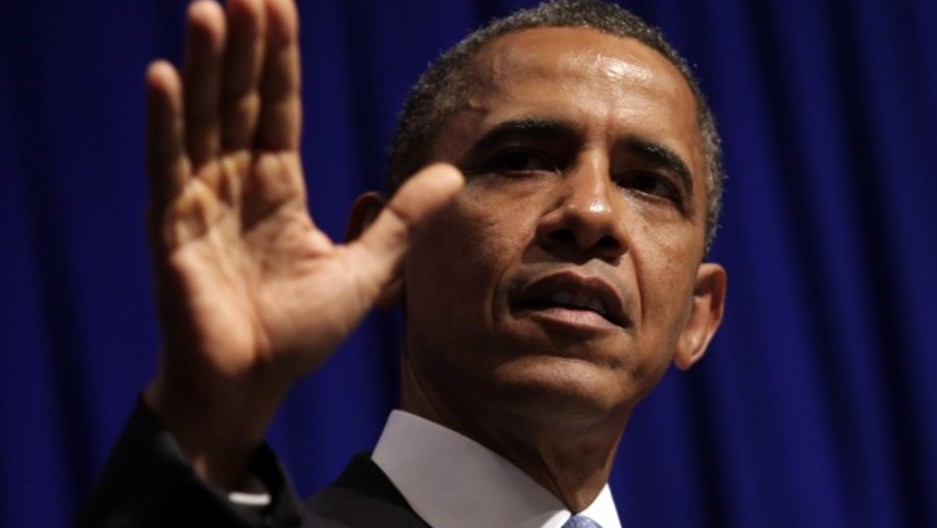 U.S. President Barack Obama waves as he arrives to deliver remarks at an Organizing for Action dinner in Washington July 22, 2013.

Share
President Obama is scheduled to give a speech tomorrow in Illinois addressing the US economy. Home prices, stock prices, and retail sales have all rebounded since the depths of the recession in 2009. But unemployment remains stubbornly high. And the gap between rich and poor continues to widen, and remains high by international and historical standards. When economists talk about income inequality, they like to refer to something called the Gini Index. It's a number from zero to 100. If a society is perfectly equal, meaning if you, me, and the next guy have the exact same income, our Gini score would be zero. If our society were perfectly unequal — everything for me, nothing for you — the number would be 100. Michael Norton at the Harvard Business School – and author of the new book "Happy Money: The Science of Smarter Spending — studies how nations rank, and the falling US position drifting toward greater inequality. "In particular, since around the 1980's income inequality has increased dramatically in the United States. Before that, we looked a little bit more like liberal democracies in Scandinavia. Now we tend to be somewhere in the rankings with, unfortunately, Third World dictatorships," said Norton. Changes in tax policies that began under President Reagan in the 1980s' have a lot to do with this shift. Income tax rates are lower for all of us today, but particularly for the highest earners. On an international level, the US is now a tax outlier. "Compare the United States to other advanced industrialized countries, we'll see that US taxes as a share of GDP are relatively low," said Reid Cramer, director of the Asset Building Program at the New American Foundation in Washington. Cramer said it's also much easier for high-income earners to squeeze extra savings out of our complicated tax code, as he details in his new report, "Personal Savings and Tax Reform." "We have had increases in income and wealth inequality, and they have consequences. It leads to greater inequality in consumption, meaning that some houses are becoming more unequal in their well-being and their expenditures on food and housing and education. And this is just a real long-term problem for the prospects of the American economy." Studies also suggest that income inequality is bad for people's well-being, health and happiness. Consider Denmark. According to the CIA's World Fact Book, Denmark is the fifth most equal society in the world. Danes regularly rank as the happiest people on the planet. Bent Greve, a social scientist at Roskilde University in Denmark, likes the way Danish society is set up — Danes have essentially free health care and education. "We have trust in each other, we can walk safely down the streets at night, having a lower level of crime," said Greve. "We don't have to be afraid of growing old, because we have a social security safety net." But this also comes with a cost: Danes are among the most heavily taxed people on the planet. Good luck selling that prescription to the American people. Americans haven't exactly held the welfare states of Western Europe in the highest regard. So the president isn't likely to invoke any Scandinavian success stories tomorrow. "I don't see a lot of evidence that the feelings about liberal democracies have improved over time," said Michael Norton. "So you can imagine (the president) saying taxes are higher, and we're copying Sweden. That's even worse." Here's the possible downside of a more equal society: stagnant growth. If I'm paying 60 percent of my income in taxes, as top earners in Denmark do, at what point is it no longer worth working those extra few hours? "The question of what is the right level of inequality is something that's very, very hard to answer because we can't do experiments," said Norton. "So it would be great if we could take two countries that are the same, and assign one of them a lot of inequality and one of them not as much and see who does better. But we don't really know what is the right level of inequality to spur the most economic growth." So for now, the argument over the appropriate level of income inequality largely comes down to your personal belief. President Obama will make the case for his belief tomorrow.