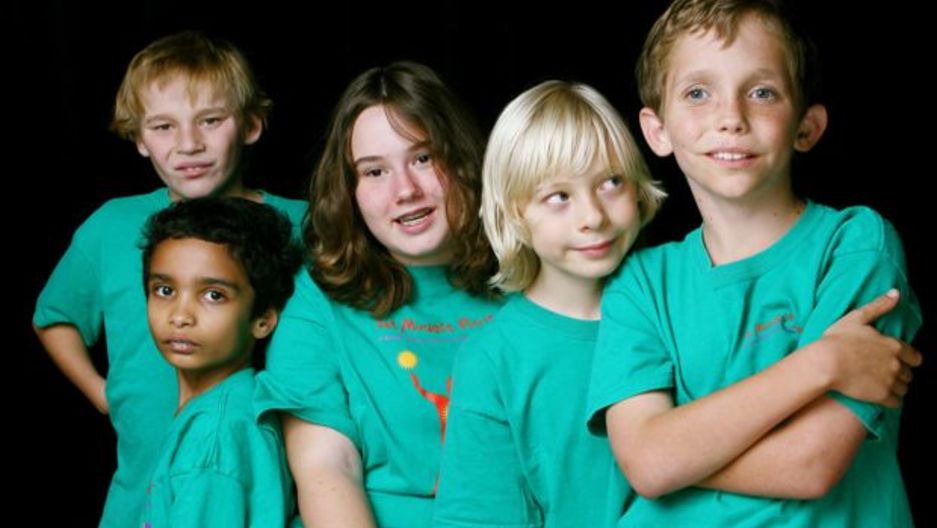 A still image from "Autism: The Musical". (Cindy Gold/HBO)

The job description for a caretaker could cause a new college grad turn up their nose or send running an adult struggling to find a place in a tough job market.

Yet almost 30 percent of Americans do care for a chronically ill, disabled or aged person every year for no pay and little recognition.

A new survey from the Pew Research Center reported that almost 40 percent of adults in the United States are caring for someone with significant health issues, and about half of those adults are caring for their own children.

Linda Carney-Goodrich cares for her adult son Phillip, who currently lives at home after his needs outgrew the group home he had at one point qualified for. According to Carey-Goodrich, available care services are inadequate and provide little stress relief for parents.

When Phillip was offered a space in the group home, he wasn't given a choice of his roommates, who turned out to be non-verbal men over fifty, his mother said. Phillip came home with bruises neither he nor the group home employees could explain.

"The services that are offered aren't good enough," Carey-Goodrich said. "They're just not."

Susan Senator is the mother of 23 year-old Nat Batchelder, who suffers from autism and lives at home on the weekends.

That Nat spends his weekdays at a group home is only a mild relief to Senator who said she can't help but worry about his safety.

"Even though I have a great service provider and he has a great staff, I still worry a lot about 'Is he safe?,'" she said.

Senator has two other children ages nine and four who she worries don't get enough attention as a result of Nat's needs.

"I feel constantly torn because my other children need me too and, yeah, it's a real dilemma because his caregiving is really a full time job," Senator said. "He's almost 24 years old and I don't see an end in sight to that, so I feel exhausted and powerless sometimes. I still do it, but sometimes it feels like I've been waging a war for twenty years."

These struggles are often overlooked by those on the outside who view caregiving as a given — something a good mother should do for her child.

"As a mother, you're really expected to sacrifice and somehow find a way to do it all," Carney-Goodrich said. "Care work is so devalued. Caring for elderly. Caring for disabled people. Caring for children, it's so important."

On top of the emotional sacrifice, caregivers give up a significant amount of money in lost wages and opportunities. The estimated value of family caregiving to older adults alone is an estimated $375 billion.

For these many Americans who sacrifice in a way seldom seen elsewhere in society, the only repayment they seek is relief and happiness for those who are suffering, the parents said.