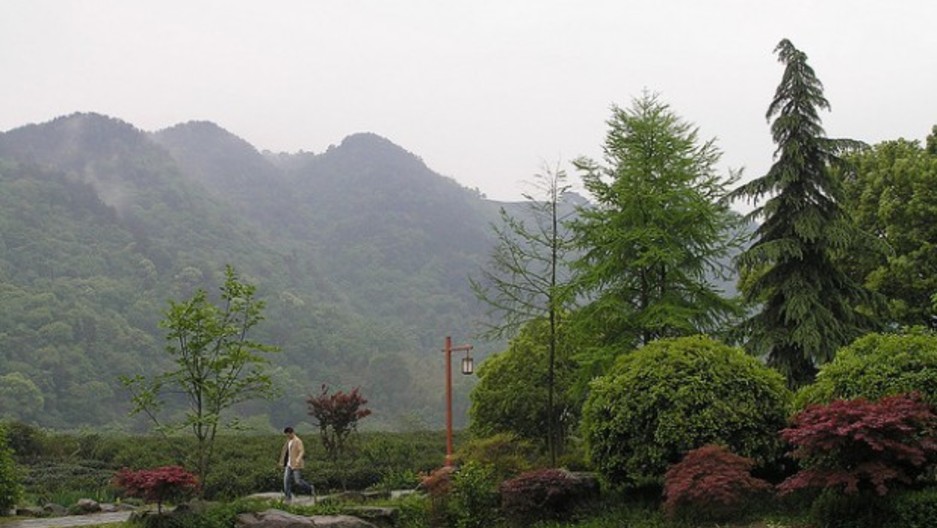 China’s scorching economic growth has given people something they didn’t have before: leisure time.

That’s fueled interest in new hobbies, including outdoor adventure. Youth hostels are filling up with backpackers. Hiking gear is flying off the shelves. And Chinese rock climbers are pioneering ascents on rock faces untouched by chalky hands.

Some 10 years ago, Xiao Zuo saw a poster on the wall of a canteen at a school in Shanghai.

Zuo saw it and decided she too wanted to make the ascent.

So she called the person who made the poster, a fellow student named Glen Fu.

Zuo was the only one who called. But off they went.

On that first excursion she was hospitalized — twice: one time for altitude sickness; another time for exhaustion.

But Zuo loved it. She and Fu kept trekking — through the mountains of Nepal and the grasslands of Mongolia.

Along the way they got married and started a company called 54traveler. It offers outdoor trips.

It’s growing so fast they tripled their staff last year, to 130 full and part-time employees.

Glen Fu and Xiao Zuo led a day hike in the mountains to the west of Shanghai — near Hangzhou. It started with a 700-step ascent, past hikers of all ages.

Sales of outdoor products in China have grown almost 50 percent per year over the last decade.

A couple hours in, their path led to a temple where monks were chanting. Glen says China has arrived late to the outdoor scene.

When he started mountaineering, he mostly ran into foreigners. That’s how he learned about an amazing book. You couldn’t get it in Mandarin.

What was this Holy Grail of his youth?

It was the Lonely Planet guide to Nepal.

Today, it’s Chinese backpackers taking to the trails. Just about every Chinese university has an outdoor club. Glen says China’s economic rise has made it all possible.

“People get rich so they have the time and money,” he said. “That is one reason. (The) second is, people want to get more things for inspiration for their mind.”

It's easy to imagine being inspired as the trail winds its way to a clearing over a terraced valley of green tea fields, and old farmhouses with red roofs.

Xiao Zuo pulls out a sandwich. She says so many Chinese are traveling to the country’s wild and remote places now, that it actually worries her. The first time she went to Tibet, it seemed pristine. Eight years later, she went back and it had changed.

So many — that Xiao Zuo wondered if they were part of the problem.

Li Ke is Shanghai’s first, and only, certified trainer of the ‘Leave No Trace’ philosophy. He teaches hiking enthusiasts to respect wildlife and to minimize their impact on the outdoors. He says littering is a challenge.

“We found that this does not only happen when city-dwellers go outdoors,” said Ke. “Even when people go to a park or walk on the street, they take a very irresponsible attitude towards their surroundings. Our citizenry’s education is quite weak in this field.”

Ke says this mindset is slowly changing through education. Xiao Zuo and Glen Fu have incorporated responsible travel guidelines into their trips, especially with regard to respecting local cultures.

They hope their trips will foster greater environmental awareness — this in a country sometimes dubbed ”the world’s biggest polluter.”

Heading down the hill, a monk passes going in the other direction. He’s wearing a T-shirt with Chinese characters. It says: “See through, let go.”

On the way back into Hangzhou that evening, the roads became tangled with rush-hour traffic. It’s stop and go. Every year, China’s urbanization drive brings millions of people from the countryside to the cities.

But on the same clogged roads that bring people in, you can see some Chinese heading back out, to nature.