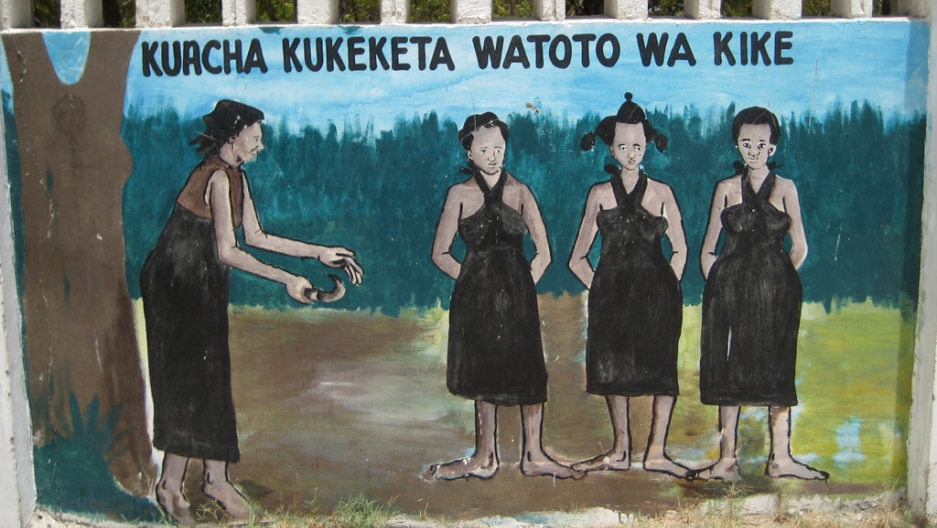 The United Nations Children's Fund (UNICEF) on Monday released a comprehensive report on the practice of female genital mutilation throughout Africa and the Middle East, which found the practice on the decline but still projected to affect 30 million girls over the next decade.

The report said over 125 million girls and women alive today have been subjected to the procedure, the majority of them in Egypt (27.2 million). Somalia had the highest rate (98 percent of women aged 15-49), followed by Guinea (93 percent), Djibouti (93 percent), and Egypt (91 percent.)

But what is female genital mutilation, and why is it done? Defined by the United Nations as any procedure "involving partial or total removal of the external female genitalia or other injury to the female genital organs for non-medical reasons," the ancient coming-of-age ritual is deeply embedded in Muslim cultures and societies and believed to confer any number of benefits.

In some communities it is thought to protect virginity, while in others it is believed to curtail a women's sexual desire and keep her faithful in marriage; others hold that the removal of genitalia and/or skin cleanses a woman of her "masculine" parts, while elsewhere, the practice is believed to improve a women's sexual performance, according to the UN.

UNICEF found the best way to combat female genital mutilation is for communities to take it public.

"Opening the practice up to public scrutiny in a respectful manner, as is being done in many programmes throughout Africa, can provide the spark for community-wide change," according to the UNICEF report. "Discussion about FGM/C [female genital mutilation/cutting] needs to take place at all levels of society," because "the data indicate that girls and women tend to consistently underestimate the share of boys and men who want FGM/C to end."

Every year at least 3 million girls are subjected to the procedure, despite it being a violation of international human rights law as a form of violence against women.

UNICEF reported a slight decrease in female genital mutilation in about half of the 29 countries covered in the report. In Egypt, where the practice is still widespread despite a 2007 ban from the Al-Azhar Supreme Council of Islamic Research in Cairo, only 34 percent of 15- to 19-year-olds support it, compared to 64 percent in their mothers' generation (ages 45-49).

"The numbers aren't huge, but they're going in the right direction," Bettina Shell-Duncan, an anthropology professor at the University of Washington who helped with the UNICEF report, told The New York Times on Monday.

Even so, some believe more is needed to change the tide and UNICEF called on lawmakers to further penalize the practice.

In many countries, female genital mutilation "is something that has just always been there," Francesca Moneti, UNICEF senior child protection specialist, told The Times of India, adding: "You need to have a moment of discussion where people can come out and say that they don't support it."

UNICEF's full report on female genital mutilation, its first since 2005, is available here.