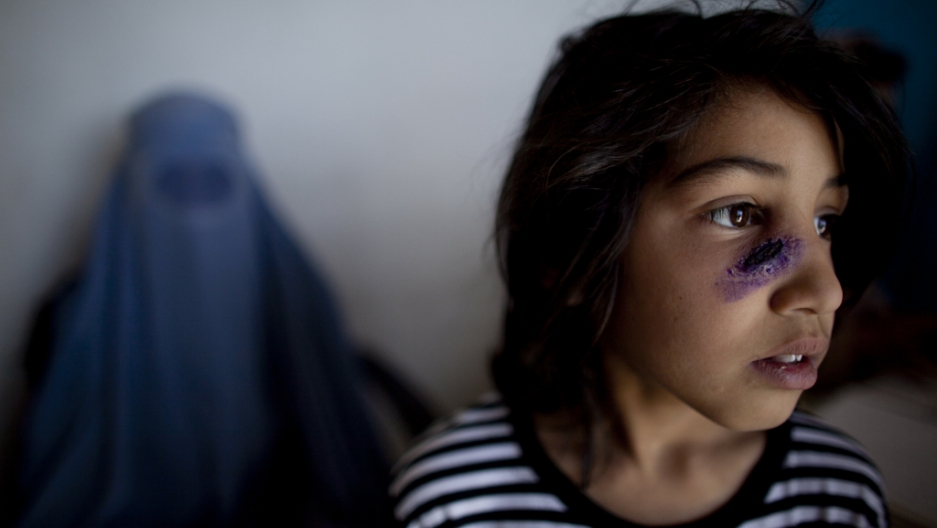 An Afghan receives treatment for a tropical skin disease at a clinic south of Kabul, Afghanistan. The Afghan capital, Kabul, has one of the highest concentrations of the disfiguring skin disease, Cutaneous leishmaniasis, which is a parasitic disease transmitted by a sand fly.
Credit: Majid Saeedi
Share

HOUSTON, Texas — Kinetoplastid infections have emerged as the most lethal consequence of modern wars over the last three decades.

Few have ever heard of the kinetoplastid infections, which emerged in the 1980s as among the most ferocious diseases affecting innocent civilians caught in wars and conflict in the Middle East and Africa. Yet these neglected tropical diseases have killed hundreds of thousands of the world’s most vulnerable people.

The potential and actual public health threats from these conditions continue the international community must remain vigilant in order to prevent further human suffering and deaths.

Each of the three major kinetoplastid infections — leishmaniasis, Chagas disease, and African sleeping sickness — is a parasitic protozoan infection transmitted to humans by blood-feeding insects. Outbreaks often go unreported because they occur in zones of extreme conflict or in remote rural areas seldom visited by journalists or government officials.

In 1984, the renewal of a civil war between tribes in southern Sudan and government forces in the North introduced one of the worst and most lethal epidemics in modern times resulting from leishmaniasis. Widespread exposure to sandfly bites and massive transmission of a species of the Leishmania parasite that affects the liver, spleen, and bone marrow, influenced by an increase in human migration and a depleted health care system, contributed to a decades-long epidemic that killed more than 100,000.

It is estimated that one-third of the affected rural populations may have perished, leading to a comparison of Sudan’s leishmaniasis epidemic to Europe’s 14th century bubonic plague.

More recently another form of leishmaniasis that produces disfiguring scars on the face and other areas of exposed skin reached epidemic proportions in war-torn Syria and Afghanistan. Disease-transmitting sandflies thrive in uncollected garbage and debris in urban conflict areas, disproportionately affecting children, especially young girls, because of potential lifelong disfigurement. More than 100,000 cases are believed to have occurred as a result Syria’s civil war.

Since 2003, a similar cutaneous form of leishmaniasis has affected US military troops in Iraq and Afghanistan. It was also a common scourge among civilian victims of the contra wars in Nicaragua, and the civil wars and narcotics trafficking in Colombia.

Chagas disease has thrived amidst the conflict in Latin America where it is a widespread cause of heart disease among the poor.

Finally, African sleeping sickness was almost eliminated from the African continent by the 1960s and early 1970s until more than 20 years of civil and international conflict in Angola, Democratic Republic of Congo, Sudan, and Uganda forced widespread human migrations that exposed millions to the painful bites of tsetse flies and disease transmission.

During the 1990s, sleeping sickness was the first or second leading cause of death in some affected areas, actually exceeding the mortality from AIDS. Smaller outbreaks also resulted in association with hostilities in Cote d’Ivoire. At its peak, some 300,000-500,000 people were affected by sleeping sickness, a disease that is generally regarded as fatal unless treated.

The international public health community has not been oblivious and indeed has made good-faith efforts to respond. The World Health Organization and non-governmental organizations such as Medicins Sans Frontieres have led important efforts aimed at case detection, and treatment, as well as insecticidal spraying and limiting insect exposure through use of bednets and other measures.

However, to date such activities have not been well financed and often limited in scope. In conflict zones, they are difficult and often impossible to implement. Moreover, there has been only modest international support and financing to develop new or improved drugs, diagnostics, and vaccines that are urgently needed to better combat kinetoplastid infections.

Because such products are not financially remunerative, they require mostly non-profit product development partnerships such as Drugs for Neglected Diseases Initiative, Foundation for Innovative New Diagnostics, Infectious Disease Research Institute, and our Sabin Vaccine Institute to lead their manufacture and clinical testing.

Given that war and conflict are not likely to disappear from the Middle East and Africa anytime soon, the constant threat from kinetoplastid infections remains.

The United Nations or its agencies should host a high level summit on how the international community might best combat future kinetoplastid disease outbreaks. Simultaneously we must promote the development of a new generation of products that one day might eliminate these ancient scourges.

Peter Hotez is dean of the National School of Tropical Medicine at Baylor College of Medicine and president and director of the Sabin Vaccine Institute and Texas Children’s Hospital Center for Vaccine Development.