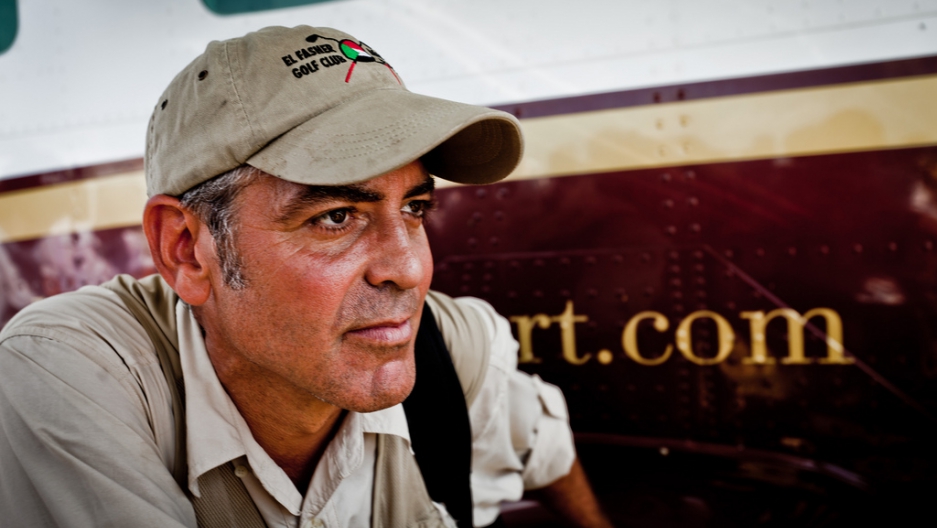 NAIROBI, Kenya — When I met George Clooney in South Sudan in 2011, he told me the country “has such great potential.”

The Hollywood actor had traveled to some of Sudan and South Sudan’s most dangerous areas, like Abyei and the Nuba Mountains. South Sudan gained independence in 2011 after a peace deal that ended a long-running war with the Sudanese government in the north.

He even poured millions of dollars into a Sudan-specific project that uses satellite imagery to monitor troop movements and human rights abuses there.

More from GlobalPost: George Clooney on Sudan: Vote is progress

When he’s not knocking out blockbusters, Clooney is the advertising avatar of Nespresso, the trendy capsule coffee maker owned by Nestle.

Nespresso now plans to develop coffee plantations in Yei — in the country’s fertile southwest — the Imatong Mountains, Eastern Equatoria State, and along the Boma plateau in the west.

The idea is that farmers will grow and sell a premium product to western consumers, helping to wean South Sudan’s economy off its near-total dependence on crude oil exports.

“There is a real opportunity here,” Clooney told a press conference in Paris this week.

“There is only one product coming from South Sudan right now, that's oil,” he said. “And the problem of oil is that someone, a company, takes the oil from the ground, beneath the feet of the actual people who put there, put it in a pipeline… and they sell it. It doesn't seem to trickle back down to the people.”

Nespresso does not expect to begin selling South Sudan coffee until 2015. But Clooney described the initiative as “a real game-changing move.”

“I am excited for the opportunity to bring together my role as an ambassador for Nespresso and an advocate for a better future for the people of South Sudan,” he said.

But as Clooney told Guardian columnist Lucy Siegle, Sudan is an enduring passion.

According to Clooney, the money he makes on Nespresso commercials he spends on satellite technology “to keep an eye” on Sudanese president and wanted war criminal, Omar al-Bashir.