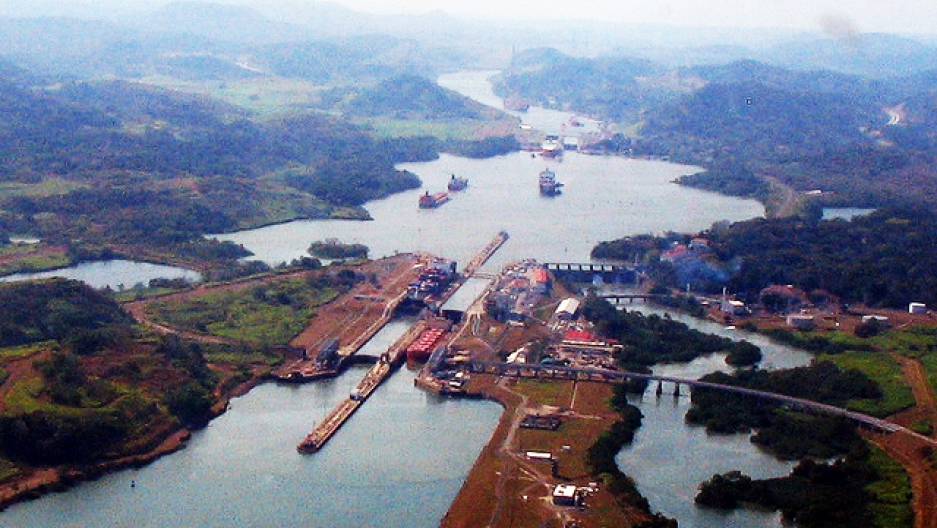 The ship Chon of the Miraflores locks of the Panama Canal on March 12, 2005. (Photo courtesy of Flickr user dsasso)

It's a move that smacks of desperation by two countries whose histories have left them with few international friends.

Spurred by a tip, the Panamanian government stopped a North Korean ship eventually discovered to be carrying outdated missile parts underneath more than 200,000 bags of Columbian brown sugar.

The 35-person crew of the Chong Chon Gang fought Panama's authorities for five days. Meanwhile, the captain, reportedly, had a heart attack and then tried to commit suicide when port authorities finally boarded the ship with the help of the country's marines..

That fierce resistance brought heavier attention from Cuban and Panamanian press, who wondered why either North Korean or Cuban officials would risk violating a U.N. arms embargo for seemingly insignificant gains.

Some experts have said that North Korea, which has been experiencing food shortages for years, could have offered to upgrade the pre-Cold War era missile equipment in exchange for the sugar. A recent report by the Food and Agriculture Organization of the U.N. said that in North Korea, "An estimated 2.8 million vulnerable people require food assistance until the next harvest in October."

North Korea is mostly an exporter of missiles, so for them to be importing outdated equipment has left many scratching their heads. On Tuesday, Cuban officials detailed the cargo, which includes aging fighter jets and related parts as well, and said it was being shipped to North Korean for refurbishment and upgrade.

A recent visit to Cuba by the North Korean military chief of staff also raised suspicions, and increased awareness among intelligence agencies like the CIA, which may have led to the ship's search in the Panama Canal.

"It doesn't respect international law, this transfer, because it's definitely a violation of U.N. arms embargo — albeit a less serious one than could have been the case had it involved ballistic missile technology involved in creating missiles that could hit Japan or carry a nuclear payload, that kind of thing," said Hugh Griffiths, an international arms trafficking expert at the Stockholm International Peace Research Institute.

Panamanian President Ricardo Martinelli announced the discovery on state radio and sent out pictures of the missile equipment on his Twitter account.

"The Republic of Cuba reiterates its firm and irrevocable commitment to peace, disarmament, including nuclear disarmament, and respects international law," the country said in a statement.

The U.S. State Department expressed its support of the Panamanian authorities and their seizure of the ship.

"We stand ready to cooperate with Panama should they request our assistance," said spokesman Patrick Ventrell.

The North Korean government called on Panama to release its crew and ship and allow them to return home, saying that the parts were to be sent right back to Cuba.