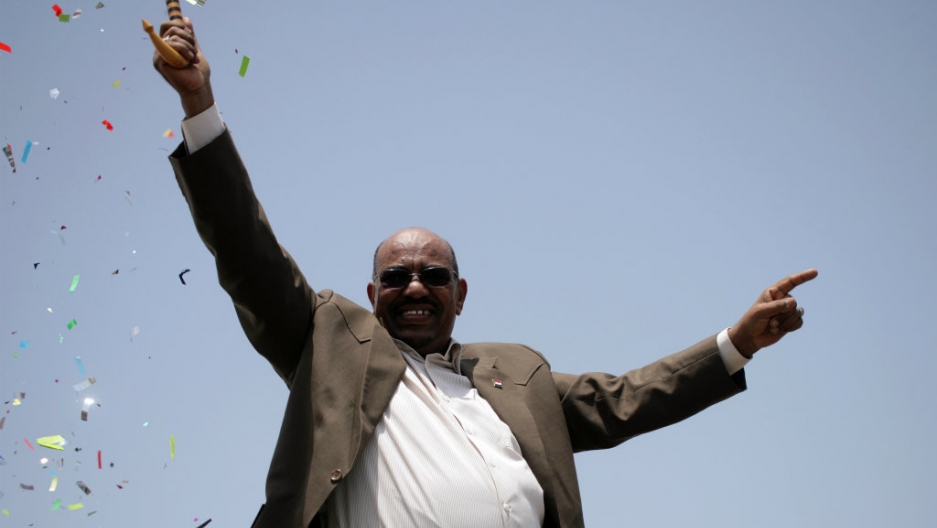 Sudanese President Omar al-Bashir waves to the crowd as he attends for the inauguration of the White Nile Sugar factory.
Credit: Ashraf Shazly
Share

Sudan's leader was attending a two-day African Union summit — a body that does not recognize the charges against al-Bashir. He left the country hastily before the conference finished.

Al-Bashir has already been indicted by the International Criminal Court (ICC) for genocide and war crimes in the Darfur region.

Human rights lawyers in Nigeria filed a suit in federal court in an attempt to have the Sudanese leader arrested upon his arrival. The group also appealed to the ICC to press Nigeria to arrest him.

The ICC belatedly called on Nigeria to arrest al-Bashir, but he had apparently already fled the country.

In its request, the ICC wrote that the Nigerian government had an obligation to detain al-Bashir, or the matter could be referred to the UN Security Council.

Many countries have refused to host al-Bashir but Nigeria continues to welcome the leader. Nigeria stated that he was the guest of the African Union and not the Nigerian government.

South Africa, Malawi, Uganda, Kenya, Zambia, and the Central Africa Republic have vowed to arrest al-Bashir if he set foot on their territory.

Britain and the United States expressed disappointment that Nigeria did not arrest the Sudanese president.