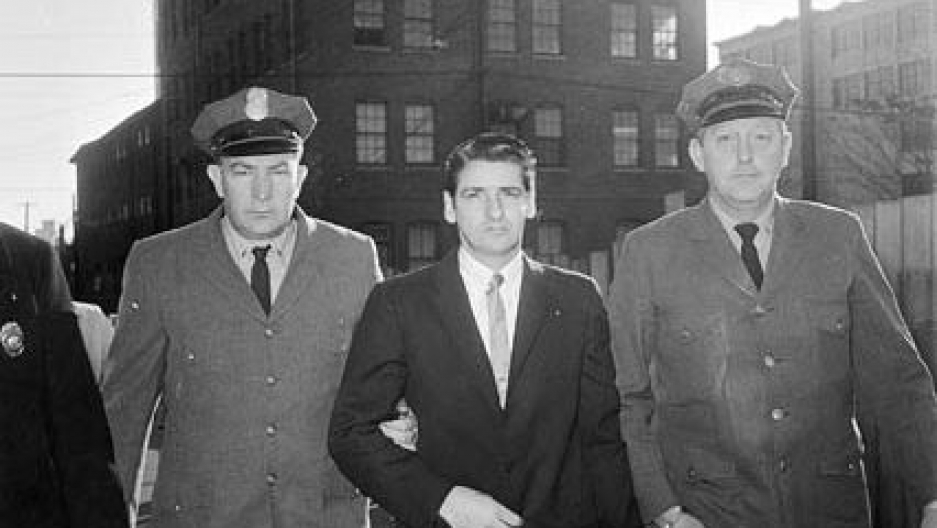 Albert DeSalvo escaped from Bridgewater State Hospital and was caught in Lynn, Mass., in 1967. (Photo courtesy of the Federal Bureau of Investigations via Wikimedia Commons.)

One of America's longest-running murder mysteries may now be coming to a close as the Boston Strangler case comes one step closer to being solved.

Just days ago, authorities in Boston announced they had matched DNA from Albert DeSalvo to the murder of Mary Sullivan, who was strangled and raped back in 1964. DeSalvo, who died in prison in 1973 on unrelated charges, has been known as the Boston Strangler ever since he confessed to Sullivan's and 10 other murders — but he was never convicted.

The news comes about 50 years after he was initially identified. Massachusetts Attorney General Martha Coakley announced the results of the DNA test last week.

DeSalvo was never formally charged and ultimately later withdrew his confession. But recently, law enforcement was able to get a DNA sample from DeSalvo's nephew, Tim DeSalvo, which gave police the evidence they needed to definitively link Albert DeSalvo to the murder of Mary Sullivan.

Sullivan was the final woman killed and the only one of the murders where DNA evidence was left behind — on a blanket left at the scene.

Philip Martin, an investigative reporter for WGBH Boston Public Radio, said the lack of clarity around the Boston Strangler's identity has fueled pop-culture, including a number of movies and a widespread belief that the strangler wasn't a singular individual.

But even the identification, which involved law enforcement following around the nephew until he causally discarded a cup they could use for DNA analysis seems more Hollywood than real life. But if it's a bit Hollywood, it's definitely missing the Hollywood ending

"The conclusion of this case is not conclusive at all," Martin said. "There's a link, of course, between Albert DeSalvo and Mary Sullivan, definitively, but there are other women. Their cases have not been solved."