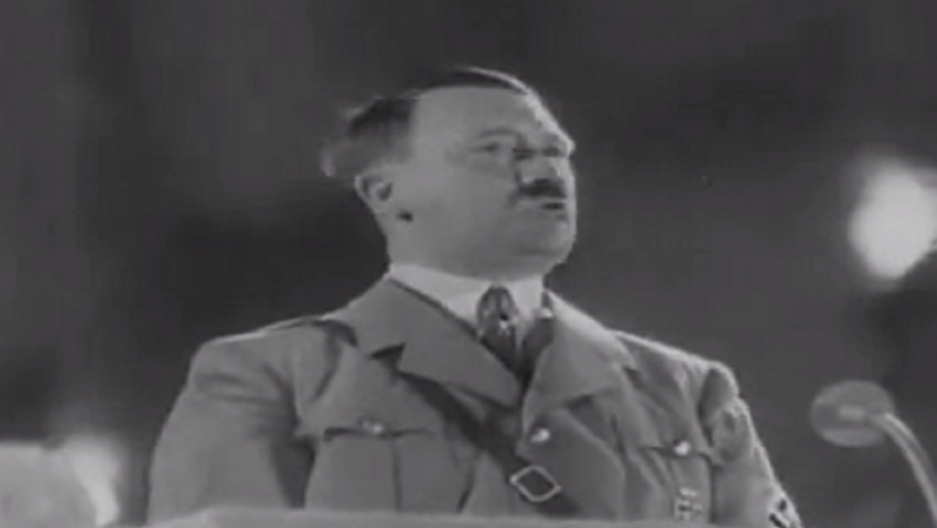 The 13 second shampoo advertisement features Hitler declaring "if you are not wearing a woman's dress, you should not use her shampoo either."
Credit: Youtube
Share

Thailand's top university had to issue an awkward apology after some of its graduating students painted a mural depicting Nazi leader Adolf Hitler sandwiched between superheroes Batman and the Incredible Hulk.

It was painted by incoming students as a tribute to the graduating class of Chulalongkorn University.

The university said the students who painted the banner had no idea the image of the Nazi dictator would be offensive.

"(We) would like to formally express our sincere apology for our students' 'Superhero' mural," art school dean Suppakorn Disatapundhu said in a statement issued Monday.

"I can assure you we are taking this matter very seriously."

The banner has since been removed.

In a telephone interview Suppakorn told the Associated Press that the students told him "the concept was to paint a picture of superheroes who protect the world."

"Hitler was supposed to serve as a conceptual paradox to the superheroes," he said, noting that the superheroes were painted in color, while Hitler's image was in grey scale. "This kind of thoughtless display will not happen again."

This isn't the only 'Hitler' incident to happen in Thailand recently.

The logo for Hitler's fried chicken is almost the same as KFC's only with Hitler's head where Colonel Sanders usually is.

Very bizarre Hitler Fried Chicken shop in Thailand. I kid you not. Complete with pic of Hitler in bow tie http://t.co/9OS1FgfUCx