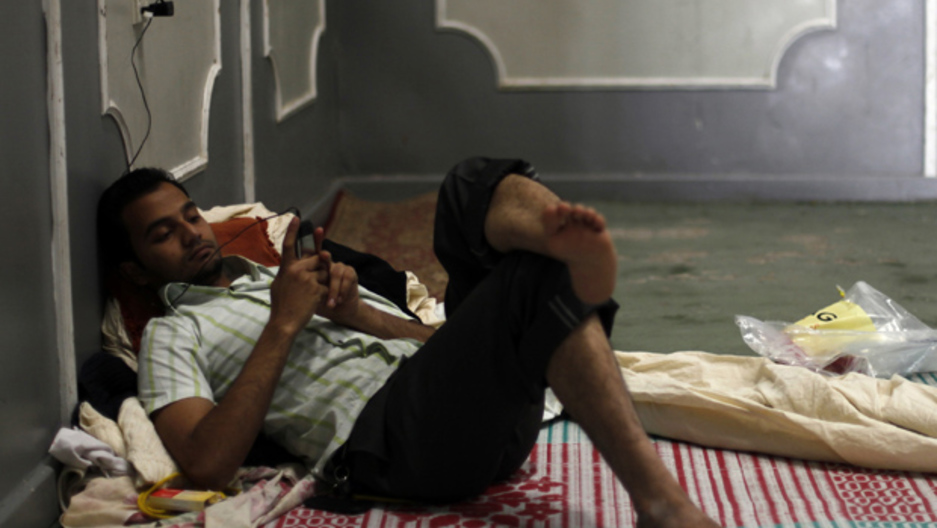 Pakistan doesn't have a lot of places for young love to blossom. So some men turn to their phones to try and pick up women.

It's certainly not the best way to woo someone, but attempting to "make friendship" through misspelled and clichéd text messages has become a sort of national phenomenon. Some are lighthearted about the matter, but these text messages can pose serious consequences. It doesn't seem like friendship is what they're after.

Our story starts with Mahnoor Ali. She was excited when she first got a cell phone a few years ago.

But then it started.

It was the constant ding-ding-ding of text messages coming from strange numbers.

"It was a very serious problem," says Ali. "I talked to my father and he suggested that I change my number."

Ali says the text messages said mostly the same things: "I want to be your friend." "Ur beautiful." "? miss you…"

Even though Ali doubted the men texting her had ever seen her. And she didn't like the idea of men using a phone to barge into her private life.

So when Ali began getting these texts at all hours, her father suggested she change her number. She followed his advice, but the texting didn't stop.

It's an experience common to many women in Pakistan.

"It's really creating a mess for most of the people over here," says Wagma Sirshar, Ali's classmate. She says friendship texts are more than just an annoyance.

For Sirshar, the texts might lead families to take their daughters out of school. Parents might assume the texts meant the girls were involved with unknown men.

Pakistan is a conservative country where dating is largely considered unacceptable. Sirshar says it's so conservative that a few unwanted texts could cause parents to take away their daughters' phones and keep them locked up at home.

Most delete these friendship texts. But Sirshar admits a few key phrases can strike the right notes with some women. These pick up lines propose commitment, even marriage right from the get go.

How do men get women's numbers in the first place?

Usama Khilji of Bholo Bhi, an organization that promotes internet freedom and privacy, says that shopkeepers who sell SIM cards and top-up prepaid phones share women's numbers for some extra cash or even just for fun.

"From what I understand," says Khiliji, "I think it's just desperate people getting a hold of a number and saying this number belongs to a female and lets just call them up and see if they'll be my friend, so to speak. It's probably also them getting access to where the phones are registered and saying it's a girl, let's just try my luck."

Nighat Dad, head of the Digital Rights Foundation, a kind of technological civil rights organization, is puzzled by the digital courtship.

"Why so many harassing texts?" she asks. "Why do men feel the need to send a woman a text over and over and over and over? She may not be replying. She may totally not be interested. Why do men do this? Because men want to do it. I don't know what could be the theory behind it. That's how men are, right?"

Dad says there's a song called "Take Back the Tech" that gives women advice at combating the all too common menace of digital harassment. It includes the lyrics:

"Pick up the phone to take a picture of what life looks like through your eyes
When he's stalking and harassing you with mobile phones and computers by his side."

Dad tells women to fight back. She does this herself by blocking the strangers' numbers that send her harassing texts.

The texting phenomenon didn't escape me. A guy sent a romantic poem to my phone the other day. This mystery sender compared his all-weather love for me to the seasons. Before I blocked his number, I thought I'd try to reason with him.

The thing is, I had no idea who he was. So I thought I'd call him up to see if this SMS poet might be eloquent enough to explain himself.

This is all I got: "The subscriber you called is busy at the moment. Please call back later."

I called him a few times a day for a few days straight. No reply. I guess he's just too busy writing me love poems to actually talk.