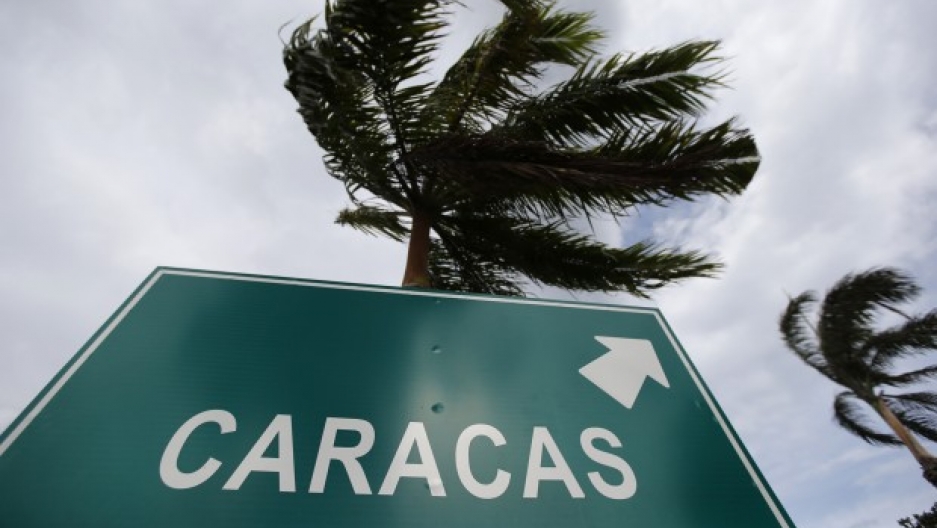 A road sign indicates the way to Caracas at Simon Bolivar international Airport in La Guaira, outside Caracas July 10, 2013. Former U.S. spy agency contractor Edward Snowden has not yet formally accepted asylum in Venezuela, the anti-secrecy group WikiLeaks said on Tuesday after a Russian lawmaker posted a statement to that effect on Twitter and then deleted it. REUTERS/Jorge Silva (VENEZUELA - Tags: POLITICS) - RTX11IVL